A white ribbon for every tree

The campaign to stop the cutting of roadside trees in south Cebu continues with a  “solidarity walk, run, bike” activity today  from Naga City to Carcar City and San Ferando town.

Mountaineering groups  and other volunteers  will be joined by “running priest” Fr. Robert Reyes in the 9 a.m. activity.

The priest jumpstarted the protest in Cebu by tying white ribbons around seven trees due for cutting in Naga City then returning on Aug. 5 to climb a century-old Acacia tree to unfurl a protest banner.

Three members of the  Inter-Mountaineering Society (IMS) stymied government crews Thursday night when they climbed atop two remaining trees and tied themselves to the branches, refusing to come down until the cutting operation was declared suspended.

Alvin Ylaya Cinco of Club UST Mountaineer told Cebu Daily News they will  place white ribbons on each   tree today “to remind everyone that they are protected.”

“We will also coordinate with the local officials of Naga and Carcar cities and San Fernando town because we don’t know if it will affect  traffic today,” he said.

Plans were finalized yesterday and announced through social media accounts.

“We decided on this  activity after  we succeeded  in  stopping the tree-cutting operations last Thursday night,” Cinco said.

Cinco referred to mountaineer Dondon Dimpas and two other Naga city residents, who climbed two Acacias, forcing a crew of  the Department of Public Works and Highways (DPWH) to withdraw past 10 p.m. without finishing three remaining trees.

The scheduled tree-cutting, coordinated with DPWH, DENR and the local governments, started Aug. 5. Traffic was disrupted during the operation.

Today,  mountaineers  and partners will gather at the site of a fallen Acacia tree in front of an old house a few meters from Apo Cement in Naga City. 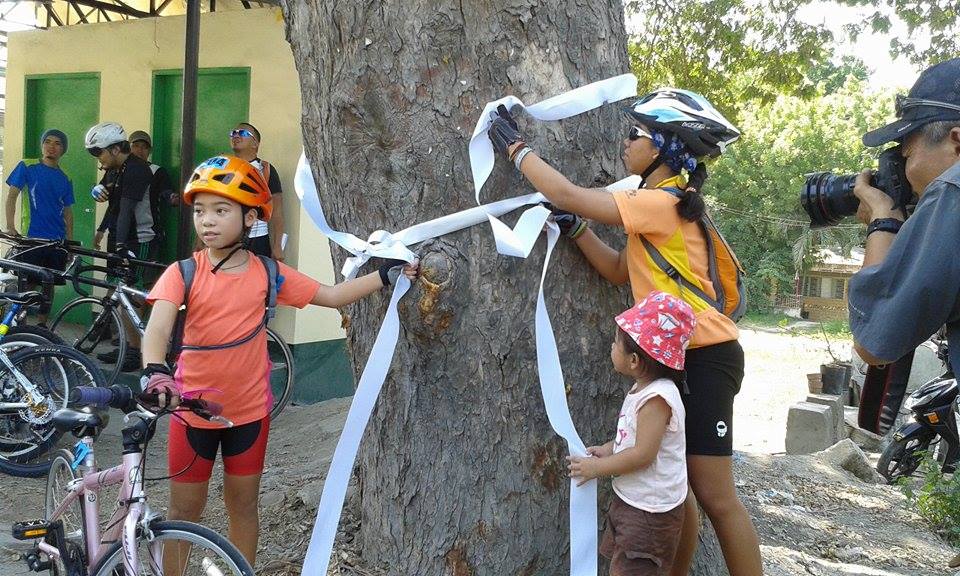 Proactive
“This activity is open to everyone who wants to support the advocacy,” Cinco said.

Core members of  the  Movement for a Livable Cebu (MLC) will meet with partner organizations and government agencies this week to discuss their next steps.

“Our major problem is the mindless activities and actions of the government… in the protection of our trees, right now we are reactive not proactive. We only move and act when the problem is already there,” MLC convenor Rudy Alix said.

Alix had to negotiate with a Special Weapons and Tactics (SWAT) team sent by Naga Mayor Val Chiong last Thursday with orders to arrest the tree climbers.

The climbers were turned over to the custody of the MLC. No charges were filed.

A forestry expert of the the Philippine Earth Justice Center will come to Cebu next week to conduct a joint assessment with government counterparts.

San Fernando Mayor Antonio Canoy said his town already made a resolution supporting the cutting of  century-old acacia trees in his town.

“I’m okay with preserving the trees but the DENR  declared these trees as diseased so they should be cut,” Canoy said.