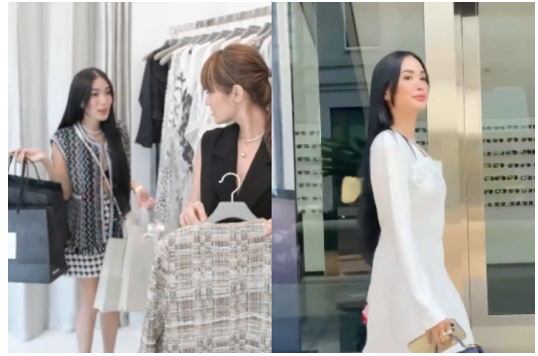 Heart Evangelista has channeled Vivian Ward, the character of Julia Roberts in the hit 1990 film “Pretty Woman,” in bringing her own twist to its iconic revenge shopping scene.

In the movie, Roberts was snubbed by a retail assistant at a designer boutique. She later returns to the shop wearing expensive and stylish clothes, and delivers her comeback line, “You people work on commission, right? Big mistake. Big, huge.”

Meanwhile, Evangelista made some adjustments to the dialogue and walked past various designer stores in New York for her version of the scene. The actress let her stylist Katrina Cruz play the boutique assistant who received the famous comeback line, as seen on her Instagram page yesterday, Aug. 21.

Evangelista has been meeting with some famous faces in her recent trip to New York, United States. She shared a meal with “Bling Empire” star Kane Lim, had drinks with author Kevin Kwan, and had a photo shoot Incubus’ Brandon Boyd.

She has also been having fun on her own by recreating famous movie scenes, in what she called the “Charaught Chronicles.”

The actress previously released her video parody of an iconic scene from the film “Breakfast at Tiffany’s” with her own comedic touch to it. JB