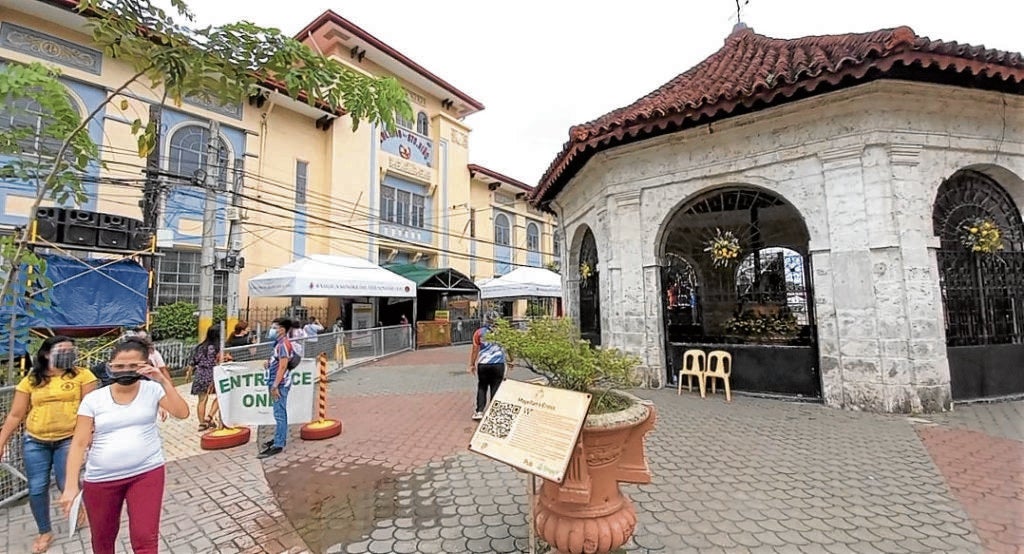 FEWVISITORS Cebu City’s Magellan’s Cross used to teem with visitors but the popular tourist destination has had none for months amid pandemic restrictions. | Inquirer Visayas

CEBU CITY—Tourism destinations in Cebu are expected to be fully reopened by the end of October this year as the government targets to inoculate 99 percent of the island’s tourism workers.

According to vaccine czar Carlito Galvez Jr., the target is doable since at least 50 percent of tourism workers were already vaccinated in the three biggest cities of Cebu, Mandaue, and Lapu-Lapu.

“That means they will just have to inoculate 50 percent more,” said Galvez who, along with Tourism Secretary Bernadette Romulo Puyat and Deputy Chief Implementer Secretary Vince Dizon, was in Cebu on Friday for the ceremonial vaccination of tourism workers at Oakridge Business Park in Mandaue City.

Puyat said the ceremonial vaccination was specifically held in Cebu to recognize the importance of the province in the country’s tourism industry.

“Cebu is very important to us. That [vaccination] is the only way we can restart tourism,” she said.

Puyat said Cebu would have a weekly allocation of 20,000 COVID-19 vaccines solely for tourism workers.

“Tourism workers are those that are not only working in hotels but also those working in restaurants, airports, drivers, among others,” she said.

Galvez affirmed that the vaccination of tourism workers in Cebu is one of the government’s priorities.

“The province of Cebu is considered as one of the country’s top tourist destinations because of its world-class marine attractions, historic sites, and of course, its mouth-watering cuisines,” Galvez said. INQ

PrimaryHomes set for turnover of condo units near SRP area