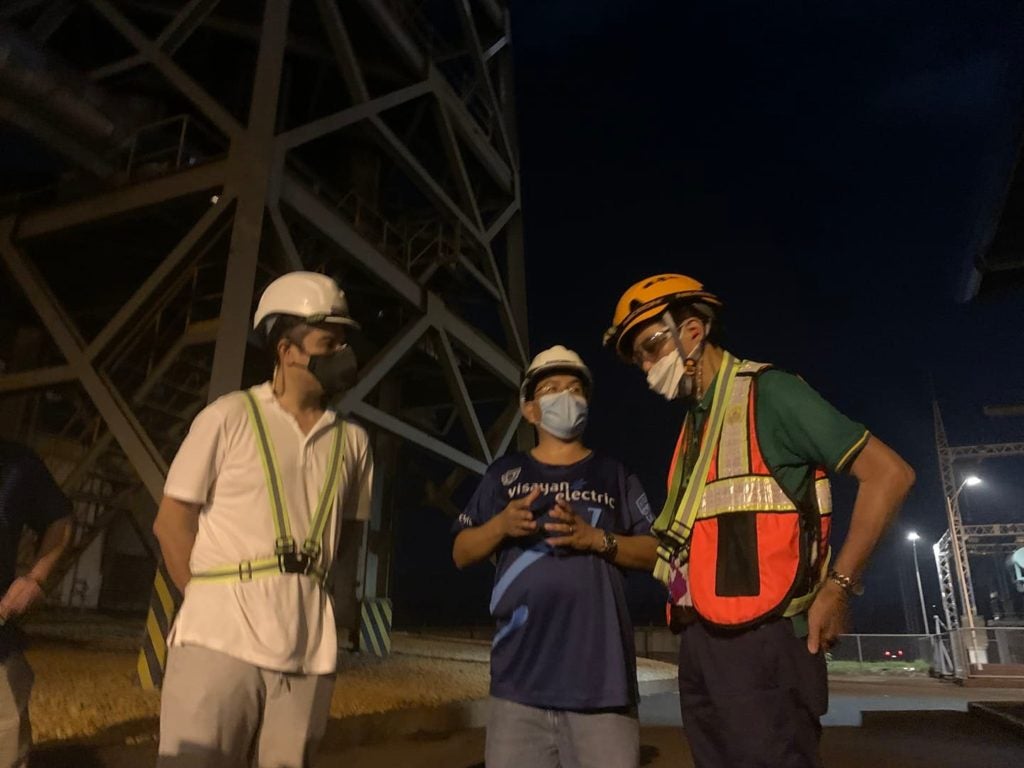 Cebu City Mayor Michael Rama gets an update from a Visayan Electric representative on the status of the city’s power supply. | Contributed photo

CEBU CITY, Philippines — Visayan Electric has managed to provide power to a portion of Cebu City’s uptown and downtown areas.

The plant could have produced 62 megawatts (MW) of power, but it was also affected by Typhoon Odette, reducing its capacity to 18 MW.

The power was delivered to the VECO substation in the same compound around 8 p.m. on December 18, 2021, and is now being distributed to the backbone power line.

They are hoping to distribute the power up to Perpetual Succour Hospital and then the Provincial Capitol.

Along the way, the City Hall will be energized as well to bring back necessary services to the city government’s headquarters.

Lucero said that to deliver the power to the hospitals, they temporarily disconnected other lines from the main line.

This means, that households or other structures in the area between the hospitals and government buildings will not be lighted yet.

As for the rest of the city, Lucero said they would be waiting for the power to reach Cebu from the National Grid Corporation of the Philippines (NGCP) station in Leyte through submarine cables.

It has not reached Daanbantayan yet, which should transport electricity to the Visayan Electric’s station in Nasipit, Barangay Talamban.

For now, Lucero said they were rehabilitating all substations starting from those closest to the NGCP’s line so that when power comes back, electricity would be cascaded faster.

(Restoring our electricity will be gradual because we will repair first the main line.)

Visayan Electric is asking for more patience from the public as they continue to fix their substations and broken posts along the electric line of the city.

Yet hope is not lost as energy utilities from other provinces are coming to Cebu to help fix the energy line.

Lucero said Meralco would be sending an advance party of six linemen on Sunday, December 19, 2021, to assess the damage here in Cebu, and then teams would follow by Tuesday, December 21, 2021.

At least 30 linemen from Davao Light, 10 from Cotabato light, and 5 from Enerzone will be arriving on Sunday as well.

(You see the fallen (poles and) lines, they will try make it stand again. They will also fix them.)

The faster the line is repaired, the faster the power will be delivered to the households once NGCP restores power to Cebu.

Read Next
Giving Joy: Tabal shares food to those in need