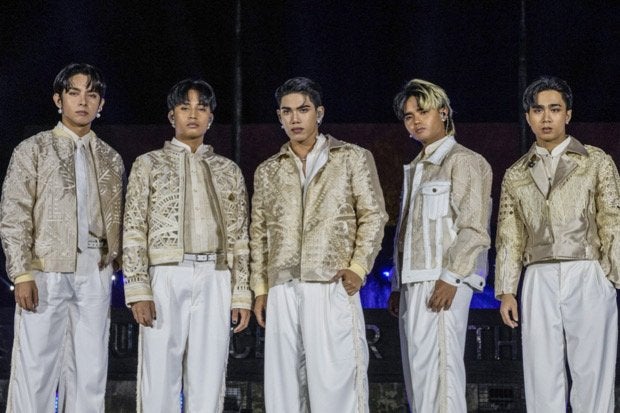 SB19 continues their reign in Billboard’s Hot Trending Songs chart, occupying the no. 1 spot for six weeks with their song “Bazinga.”

SB19’s “Bazinga” is now tied with the global K-pop sensation BTS’ “Butter,” which also topped the charts for six weeks in November to December, as per Billboard‘s report on Wednesday, January 19, 2022. “Bazinga” debuted in the list in the first week of December.

The P-pop group announced their record-tying reign on their Twitter page on Wednesday. They also expressed their gratitude to their fans, A’TIN, while referring to lyrics from the song.

“HATE NIYO’Y GASOLINAAA, YEAH,” they said. “‘Bazinga’ is officially tied at having the longest streak at No. 1 on the [Billboard’s Hot Trending Songs!] Thank you for everything A’TIN!”

‘Bazinga’ is officially tied at having the longest streak at No. 1 on the @billboard #HotTrendingSongs! Thank you for everything A’TIN! 💙

Meanwhile, “BAZINGA KEEP THE BUZZ” also topped the Twitter trending list, with over 600, 000 tweets, as of writing.