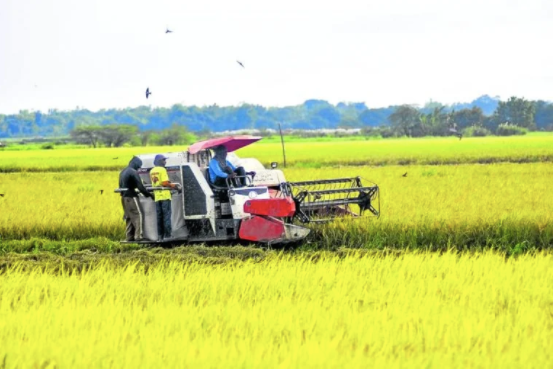 No doubt, agriculture now deserves top attention among the three economic sectors, over industry (mostly manufacturing) and services (with its mix of low- and high-value activities). The global food crisis that COVID-19 and Russia’s invasion of Ukraine triggered will get worse, and the worst hit will be the poor and hungry, whose numbers grew substantially in the last two years.

What also grew through the pandemic was the number of workers in our farm sector, numbering 9.7 million in January 2020, and 11.4 million by June 2022. Many took refuge from jobs lost in transport, food and accommodation services, and manufacturing. But guess what: even as agriculture gained 1.7 million additional workers, its output in gross value added fell from P439.72 billion in Q1-2020 to P416.89 billion in Q2-2022 (in constant 2018 prices). This means that farm productivity per worker dropped from P45,500 in early 2020 to only P36,600 in mid-2022. That meant lower incomes as well.

Contrast this with industry and services, where productivity per worker rose in the same period from P167,200 to P171,900 and from P106,290 to P115,800, respectively. These numbers are yet another proof that our agriculture is in deep trouble. It’s bad enough that productivity per worker in the sector is a mere third of those in services and less than a fourth of those in industry. But it fell significantly as well! Our singular challenge is to make our farms and farm workers far more productive than they have been all this time.

To put it bluntly, we can no longer just entrust our struggling farms and farmers to the Department of Agriculture (DA), which by all indications failed on its mission to raise their productivity and incomes, thinking that keeping competing imports out was the way. History tells us the effect was the exact opposite. Raising agri productivity is a government-wide mission, and local government units (LGUs) must especially step up and take charge, as the Local Government Code of 1991 had mandated. Yet more than three decades later, people still seem to look to the DA to do the rowing for agriculture, when they should properly limit themselves to steering, consistent with the good governance principles of devolution and subsidiarity.

Second, refocus and limit DA to its steering roles: setting sound policies and standards, enforcing essential regulations, pursuing beneficial international relations, and most critically, capacitating provincial governments to provide the right technical supervision to field workers within their areas. The last has always been the gap. DA has historically purveyed top-down, one-size-fits-all fixes (thus justifying central procurement with all its attendant temptations). But this cannot work in a country where agro-ecological and cultural circumstances vary widely. Leave solving problems to the levels of governance closest to them.

Third, raise the DA budget but download much of it to LGUs through the provinces via matching grants to incentivize them to allocate more of their internal revenue allotments, including the so-called Mandanas windfalls, to agriculture. Let provinces lead and supervise their municipal agriculture officers, but train them well to do it right. DA must begin measuring its own effectiveness in how well it has led provincial governments to do their work right and reap positive outcomes.

Fourth, crack the whip to get government and nongovernment entities concerned in the entire agriculture value chains to move as one. President Ramos showed how, and it takes an inspiring kind of leadership to make it happen. That’s perhaps a tall order for this President, but let him surprise us.