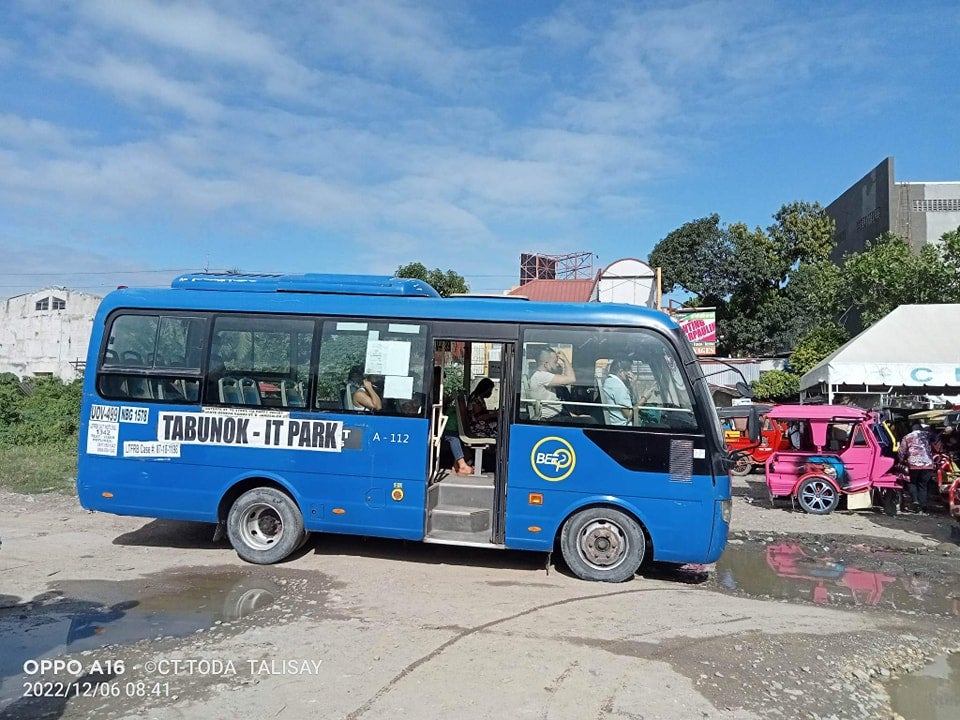 CEBU CITY, Philippines – The Land Transportation Franchising and Regulatory Board in Central Visayas (LTFRB-7) has allowed several modern public utility vehicles (PUVs) in Metro Cebu, with routes operating under special permits, to return to the roads.

But they advised the riding public that this development was only temporary.

And unless the local government units (LGUs) concerned will include these routes in their Local Public Transport Route Plan (LPTRP), they will cease to exist permanently starting January 1, 2023.

Eduardo Montealto Jr., director of LTFRB-7, confirmed they have extended the special permits of modernized PUVs deployed in Metro Cebu until December 31 following public demand and requests from local officials.

“As of December 4, all units deployed and operating with special permits have returned,” the LTFRB-7 top official told CDN Digital in a phone interview.

He said at least 80 units of modern PUVs and buses continue to operate with special permits in Metro Cebu.

To recall, LTFRB-7, in a memorandum issued on November 14, announced that these special permits were supposed to expire last December 1.

However, following clamor from the riding public and requests from public officials, the bureau decided to extend the validity of special permits until December 31.

According to Montealto, once the National State of Public Health Emergency will be lifted after December 31, they will no longer be allowed to issue these special permits.

“These special permits basically allowed PUVs to travel longer distances and ferry passengers amid mobility restrictions during the pandemic,” said Montealto in Cebuano.

The national government began issuing special permits to selected modern PUVs, buses and other transport vehicles to accommodate passenger demand during the height of the pandemic.

The previous administration of the Department of Transportation (DOTr) even released a memorandum to serve as guidelines on granting special permits under the National State of Public Health Emergency.

In an earlier memo, Montealto explained that as the country gradually returns to its pre-pandemic state, modern PUVs and buses operating under special permits should return to their original routes to address passenger vacuum in several areas, among others.

“This is why we’re urging our LGUs to fast-track their Local Public Transport Route Plan (LPTRP) if they want to make these routes (under special permits) permanent,” Montalto pointed out.

He said all LGUs in Cebu island, on average, have already accomplished 70 percent of their respective LPTRP.

Several local officials, like Talisay City Mayor Gerald Anthony ‘Samsam’ Gullas, expressed their willingness to include some modern PUV routes as part of their city’s LPTRP.

In Talisay City, at least two routes – Tabunok to Parkmall and Tabunok to IT Park- are operating under special permits.

“We will meet with concerned agencies to make this a permanent route in the near future,” Gullas said in a post on his official Facebook page.

The DOTr entered into an agreement with the Department of Interior and Local Government (DILG) for the creation of the LPTRP in 2017.

In it, LGUs are tasked to “prepare, submit and adopt” the LPTRP which in turn will be LTFRB’s basis for the issuance of PUV franchises.

Read Next
Over 600,000 remain unvaccinated in Central Visayas