Pit Señor all over the town

Five days before the fiesta señor, Cebu is all abuzz to celebrate the coming of the Child Jesus.

The feast of the Sto. Niño is both a religious fiesta and an important secular celebration to pay homage to the Christian heritage of the modern day Cebu. 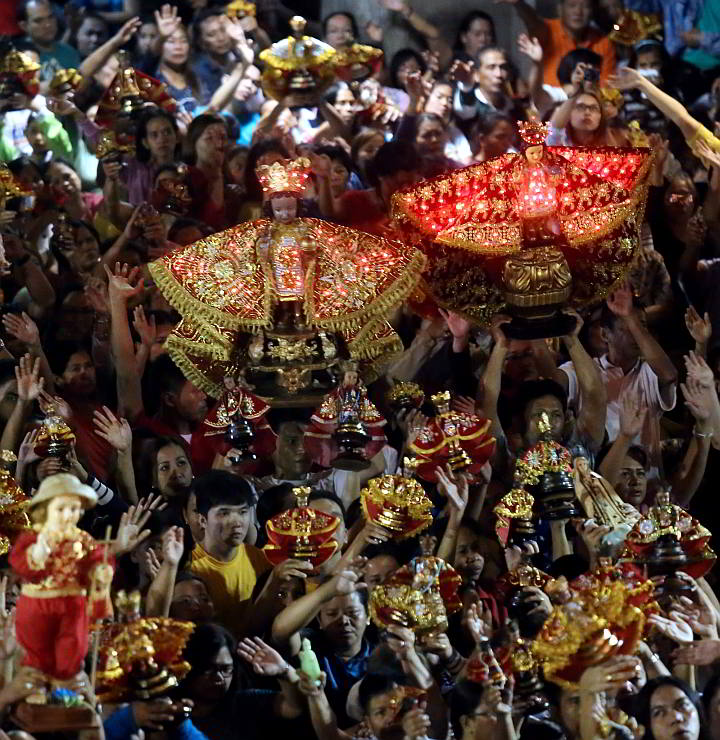 Thousands of devotees wave their Sto. Niño images as they sing the “Gozos” while attending the Mass after last Thursday’s Walk with Jesus. 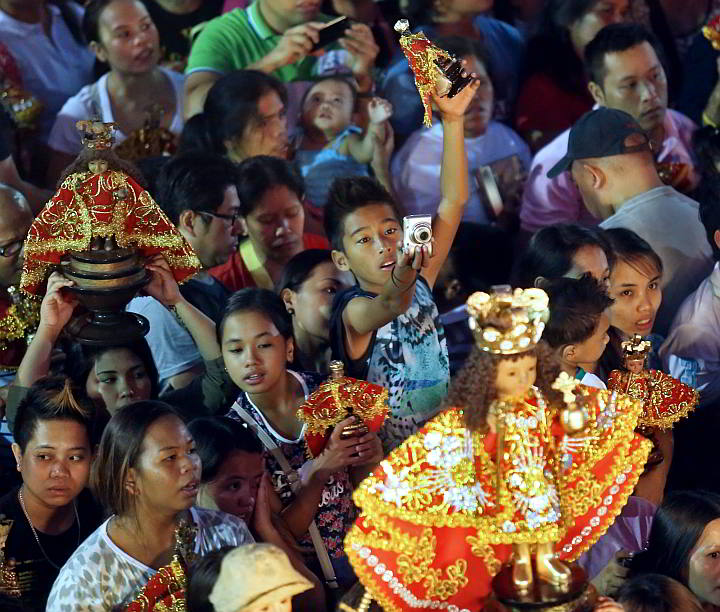 A devotee takes time to take a picture during the walk for Jesus while raising his Sto. Niño. 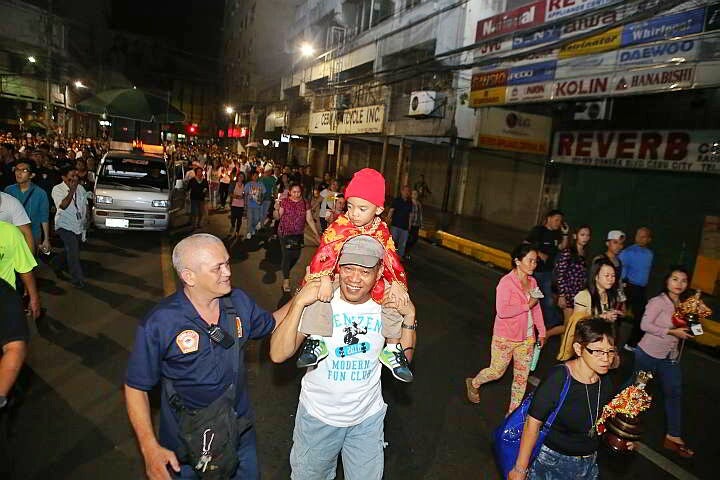 A father carries his son dressed in Sto. Niño costume during the Walk for Jesus. 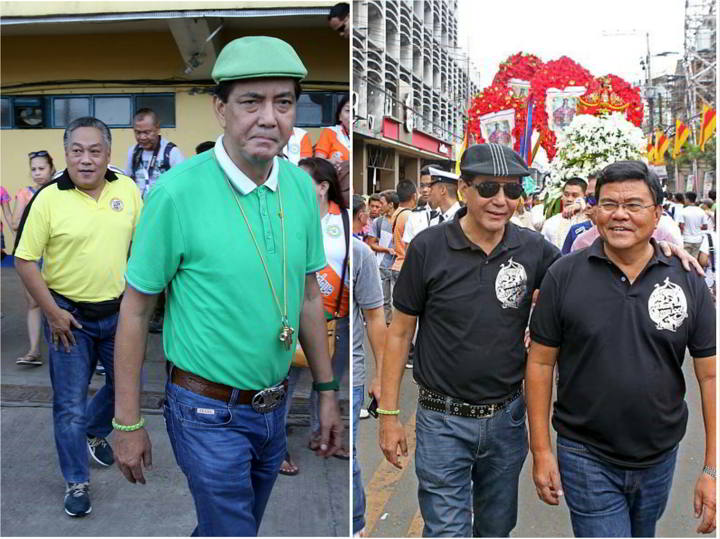 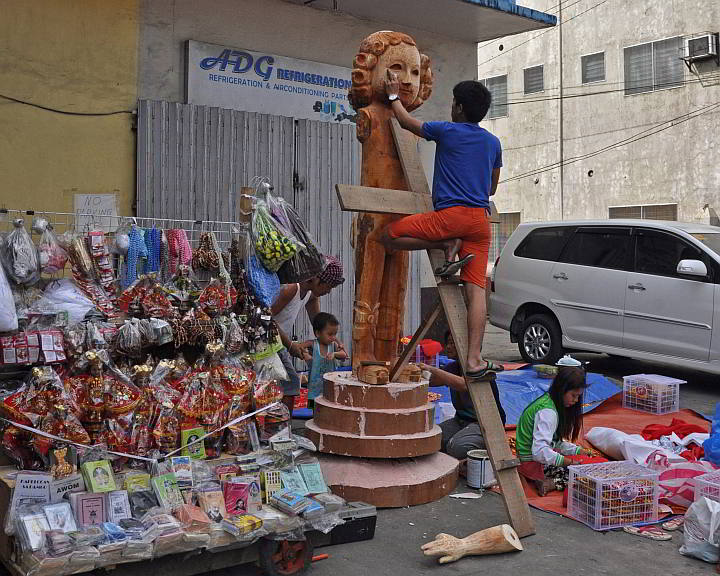 An artist does the finishing touches on a six foot tall sculpture of the Sto. Niño along P. Gomez street in downtown Cebu City. 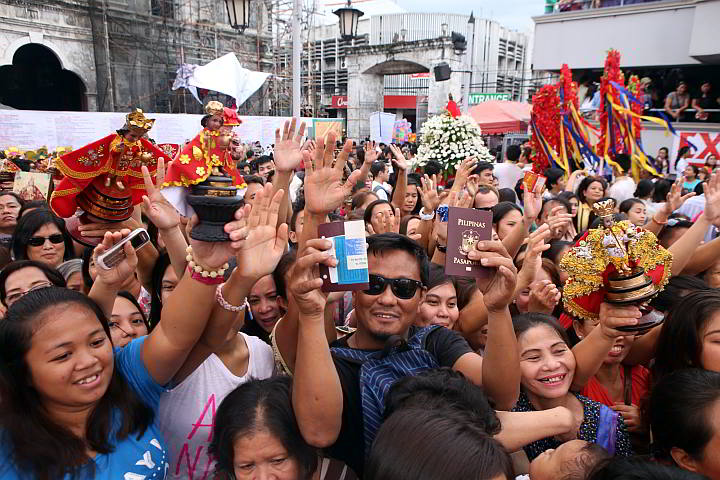 Devotees raise their Sto. Niño images and even their passports to be blessed during the Mass which marks the start of celebrations leading to the Sto. Niño fiesta. 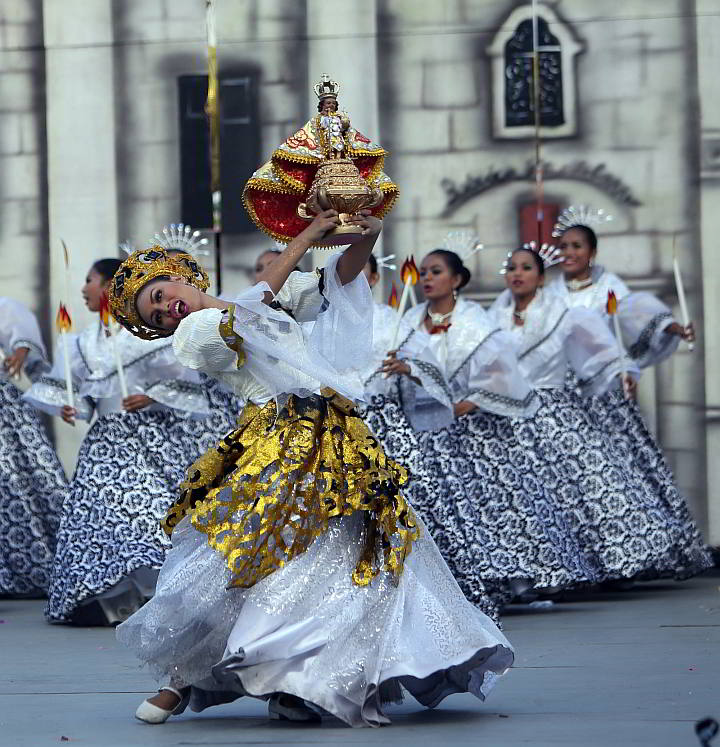 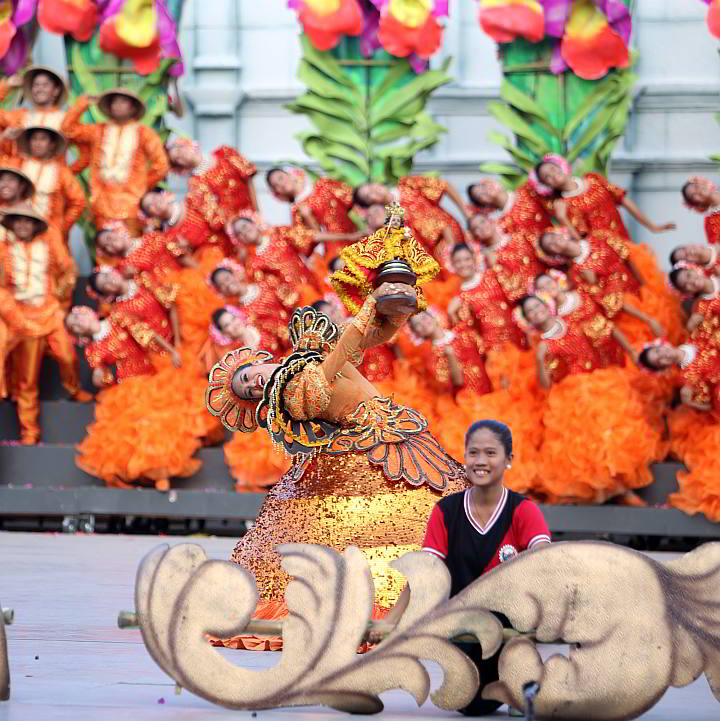 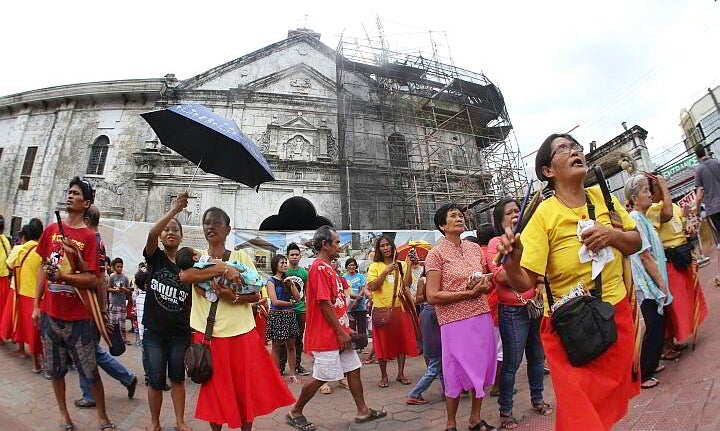 Candle vendors at the Basilica del Sto. Niño offer prayer dance to the Child Jesus for devotees before lighting the candle. 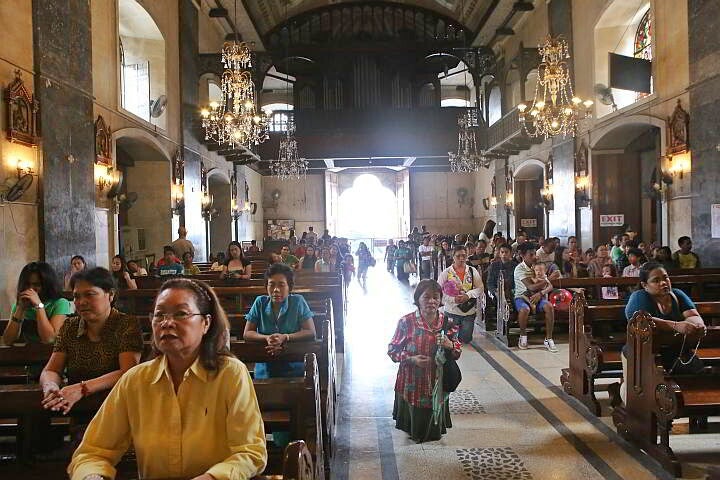 The silence inside the Basilica is conducive for offering a solemn prayer to the Sto. Niño. 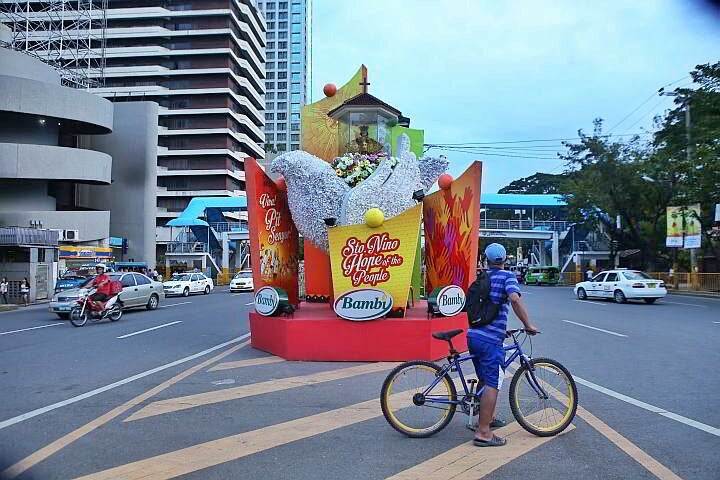 A biker pause in front a Sinulog display in the middle of Osmeña Boulevard. 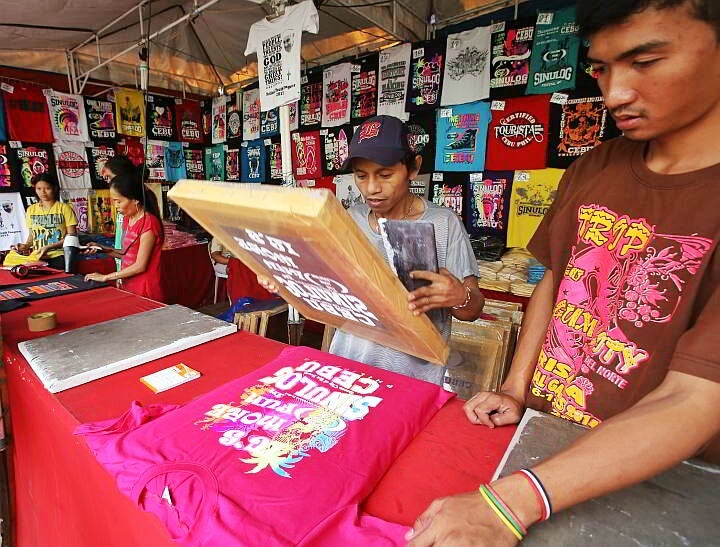