‘No threat of demolition’ 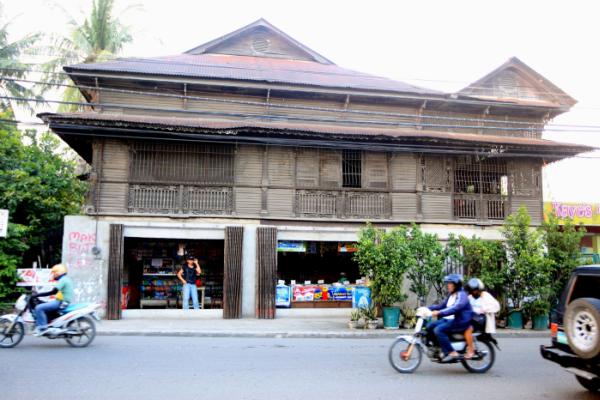 No further changes will made on the two heritage houses in M.J. Cuenc Avenue in Cebu City

The owner of one house  already adjusted the setback of their structures for road widening and received partial payment for  it, said the Department of Public Works and Highways (DPWH).

The second one, owned by Juanita Chiu, is not affected at all by the road widening.

Cebu City Vice Mayor Edgardo Labella earlier wrote the DPWH to seek a suspension of the demolition, fearing the two century-old-houses would be torn down or gravely damaged.

“It’s moot and academic. There’s nothing to stop. That’s it already.  Thre’s nothing more to set back or demolish,” Raya said.

He said Nersas Macasero, owner of the Balay Na Bato (House of Stone) along the corner of M.J. Cuenco Ave. and L. Tudtud St., had  consented to a two-meter setback of the frontage of the house which was carried out.

A  May 29, 2014 court order by Regional Trial Court Judge Alexander Acosta in an expropriation case stated that Macasero posed no objection  to the issuance of the Writ of Possession but “without prejudice to determination of just compensation.”

The house that  now stands along M.J. Cuenco Ave. is already a finished job. The  entire house will remain standing.

Raya said the  other heritage house owned by Juanita Chiu near the corner of Hipodromo Access Road, Raya is not part of the ongoing road-widening and -asphalting project in M.J. Cuenco Ave.  contrary to media reports.

This house is not under threat of demolition,  he said.

Engr. Rachel Lumapas, DPWH project engineer for the  M.J. Cuenco Avenue widening, said the project  consists of a 535-meter portion of the national road from the area near the Mabolo barangay hall until just beside the heritage house of Chiu.

“Right now the project is more than 40 percent complete. It got stalled due to the expropriation cases,” Lumapas said.

The P26-million budget for  civil works of the asphalting and widening of the portion was funded by the General Appropriations Act (GAA) in 2012.

Due to opposition on the demolition of the two heritage houses to be affected way back in 2012, she said they were able to start the project in late 2012 already.

Before the project started, Lumapas said the road  had varied widths of  8 to 11 meters.

But with the road-widening project almost halfway done, she said the road is now 13.40 meters wide and occupies four lanes.

Lumapas said she  was surprised to read news reports about the heritage houses being under threat of demolition, since she knew the cases were  already resolved.

The reports were based on a letter request on Wednesday by Acting Mayor Edgardo Labella  to  DPWH 7 Regional Director Ador Canlas asking the office to suspend the ongoing project because it would entail demolishes two houses already declared as heritage sites by the city government since they were more than 50 years old.

Canlas, in an interview, said DPWH only recognizes houses older than 50 years old as heritage sites and won’t demolish them if there’s a declaration  from the National Historical Commission of the Philippines (NHCP).

This is based on Republic Act 10066 or the National Cultural Heritage Act of 2009.

Read Next
With APEC, Cebu cements reputation as convention hub