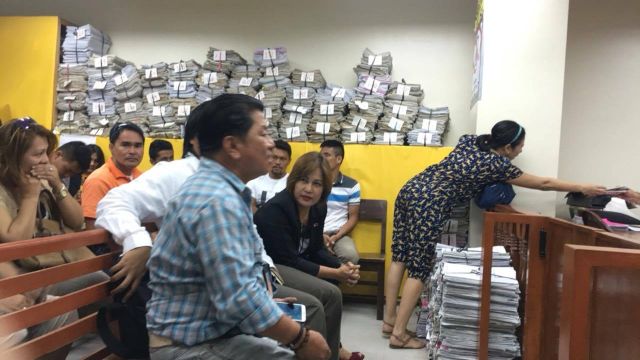 SUSPENDED Cebu City Asst. Prosecutor Mary Ann Castro entered a not guilty plea to two counts of direct assault and one count of malicious mischief filed against her by members of the Regional Special Operations Group during her arraignment at the Municipal Trial Court in Cities 7 (MTCC 7) Wednesday morning.

After entering her plea, presiding Judge Francisco Seville of MTCC 7 referred the case to mediation scheduled for this month and for possible subsequent judicial dispute resolution in August.

The charges against Castro stemmed from a March 7 incident in which she allegedly hurt a couple of police officers whom she accused of hiding the rumored live-in partner of her estranged husband Leodegreco Sanchez at the Police Regional Office headquarters.