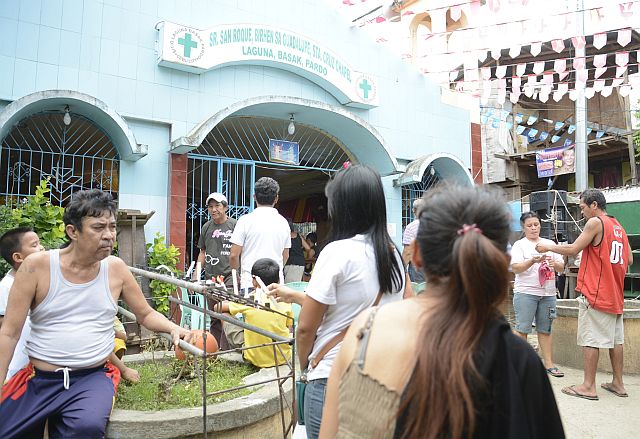 The chapel in Sitio Laguna, Basak Pardo, Cebu City where the ‘miracle water’ was supposedly sourced from one of its walls.

Visitors of San Roque Chapel in Barangay Basak-Pardo, Cebu City were warned not to drink its supposed “miracle water” since it had not been declared safe for consumption.

“A test should be conducted to determine whether the water is safe or not,” said Rennan Cimafranca, head of the Department of Health’s Regional Epidemiology and Surveillance Unit (RESU-7).

He said their office hasn’t received yet a request to conduct a water quality test in the area.

Cimafranca said it is the local government unit (LGU) which will lead the testing.

“We will also coordinate with the Cebu City Health Office tomorrow (Monday) for updates,” Cimafranca said.

Cimafranca said the source of water should be identified in order to determine whether the water is safe or not.

“There are some who really believe that the ’miraculous’ water can heal them,” Cimafranca said.

Once a water is contaminated, a person is vulnerable to waterborne diseases like diarrhea.

Diarrhea is an ingestion of contaminated food and water.

Signs and symptoms include the passage of watery stools at least three times a day, excessive thirst and sunken eyeballs.

Cimafranca said diarrhea is risky when a patient experiences dehydration.

Contaminated water can also cause typhoid fever and hepatitis A, Cimafranca said.