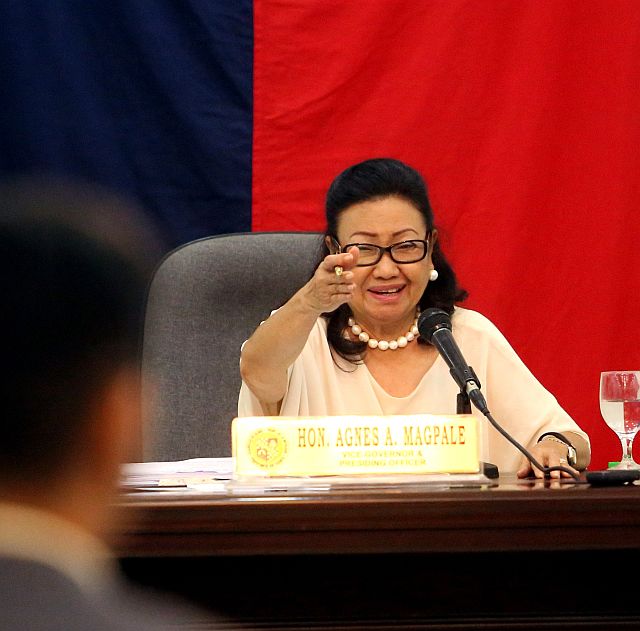 AFTER former Provincial Board (PB) Ivy Durano-Meca, a provincial government official also received death threats in the wake of operations against illegal drugs.

Cebu Vice Gov. Agnes Magpale said one of the people helping her office monitor cyberpornography and other recent anomalies inside the Cebu Provincial Detention and Rehabilitation Center (CPDRC) also received a death threat from an unknown mobile phone number.

“It’s not me directly but one of the people who helped me with CPDRC. I just connected it (that it’s related to illegal drugs) because we don’t have other thing we are investigating now,” she told reporters.

Over the past weeks, Magpale’s office had been reporting to Cebu Gov. Hilario Davide III about a German national allegedly still operating his cyber-pornography business while inside the CPDRC.

During their monitoring, they also found out that there were illegal drugs inside the facility.

Magpale refused to elaborate on the specific threat her staff received through text.

But she vowed that they will continue their work against cyberpornography and human trafficking.

“Wa jud mi’y mahimo kay magpadayon man jud mi (We can’t do anything about it because we will still continue with our work),” she added.

Meca said it was in August 13, the day after Medz Alvaro, the brother of suspected drug lord Alvaro “Barok” Alvaro, died in an operation by the Danao City Police, when she received a death threat on her cellphone through text.

Her office has been conducting drug tests and preparing programs on drug demand reduction.

CPADAO is also coordinating with the Cebu Provincial Police Office (CPPO) which is focused on the drug supply reduction aspect.

“I’ve asked the CPPO to provide security for her. Because as I see it, this is already serious. Maybe it came from the family of Barok in Danao,” Davide told reporters.

Chief Supt. Noli Taliño, Police Regional Office in Central Visayas (PRO-7) chief, challenged those who threatened the Danao City police and Meca to face him instead.

“Whoever is sending these threats must face me instead. I am the regional director here, and I will take it upon myself to face those people who made those threats,” Taliño told reporters.