Davide opts for joint admin instead of appeal 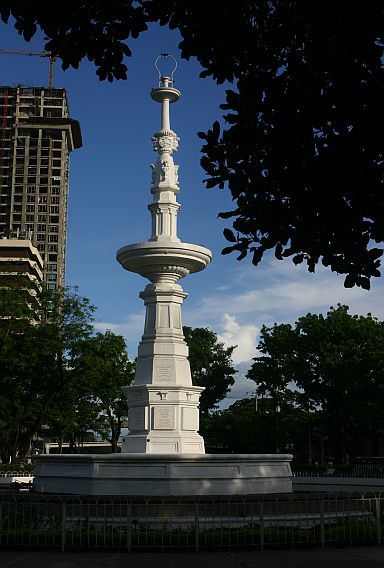 INSTEAD of filing a Motion for Reconsideration or Appeal on the court decision awarding ownership of Fuente Osmeña Circle to the Cebu City government, Cebu Gov. Hilario Davide III is more inclined to pursue a joint administration of the property with the city.

“Personally for me it’s a landmark (that is) for everybody. Nganong awayan paman? (Why fight over it?) Why insist on taking it back?” Davide said.

Former governor Pablo Garcia last Tuesday urged the provincial government to file a notice of appeal before the expiration of the 15-day period, which is today.

He wrote Provincial Legal Officer Orvi Ortega urging him to file a Motion for Reconsideration or a Notice of Appeal before the Court of Appeals before the expiration of the 15-day reglamentary period.

Garcia described the court decision as “absurd and ridiculous”, saying the provincial government bought the lot where Fuente Osmeña is located.

He said Davide is not the province of Cebu and if Ortega does not file the motion, it is tantamount to a dereliction of duty on his part as provincial government officer.

While admitting he hasn’t read the court decision, Davide said he no longer wants to appeal the decision, saying ownership of Fuente Osmeña is a non-issue.