Writ of Kalikasan out this week 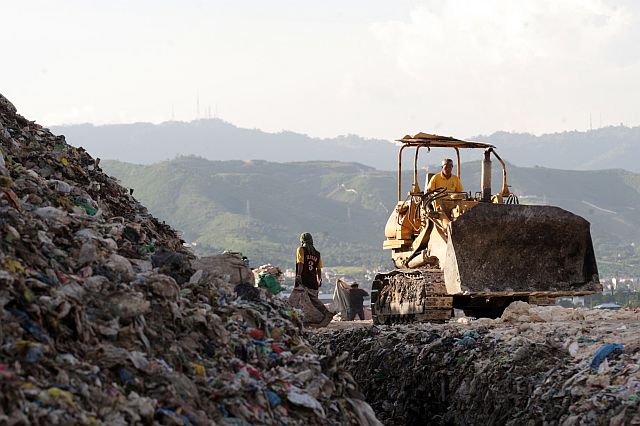 PERENNIAL STENCH. Councilor Joel Garganera hopes the Writ of Kalikasan will result in the closure of the Inayawan landfill which had been declared unusable by the Department of Health (CDN FILE PHOTO).

Cebu City Councilor Joel Garganera said he will file the petition for a Writ of Kalikasan in court sometime this week in order to compel the city government to close the Inayawan landfill.

“I’m not threatening. I never threaten. I gave him time to reconsider his position and then I’ll fill the case for Writ of Kalikasan. This is a criminal case. We cannot afford to commit the slightest mistake. It has to be airtight and we don’t want to file it just to be dismissed because of technicalities,” he told reporters yesterday.

He said he already secured affidavits from business establishments as well as residents in Talisay City who also complained on the use of the Inayawan landfill.

Filing a petition for Writ of Kalikasan in the Court of Appeals (CA) requires the involvement of at least two local government units, Garganera said.

The Department of Health (DOH) recommended for its closure, saying that the stench emanating from it can cause illnesses to nearby residents and establishments.

The agency said the landfill cannot be revived even if the city does rehabilitative measures.

The Environment Management Bureau (EMB) cited at least 13 violations being committed by the operation of the landfill.

“Who is knowledgeable? These (DOH and DENR) are the experts. But he also has his own opinion,” Garganera said.

Osmeña has been adamant on using the Inayawan landfill, saying that he doesn’t want to go back to the Consolacion landfill where the city pays P700 per ton as tipping fee.
The barangays and the city also don’t have enough trucks to efficiently dump the garbage in the northern town.

“They are entitled to do that. I have every intention to use the existing landfill because we will save as much as P3 billion over 10 years. And I’d rather give this money to our college scholarship program,” he said in yesterday’s press conference.