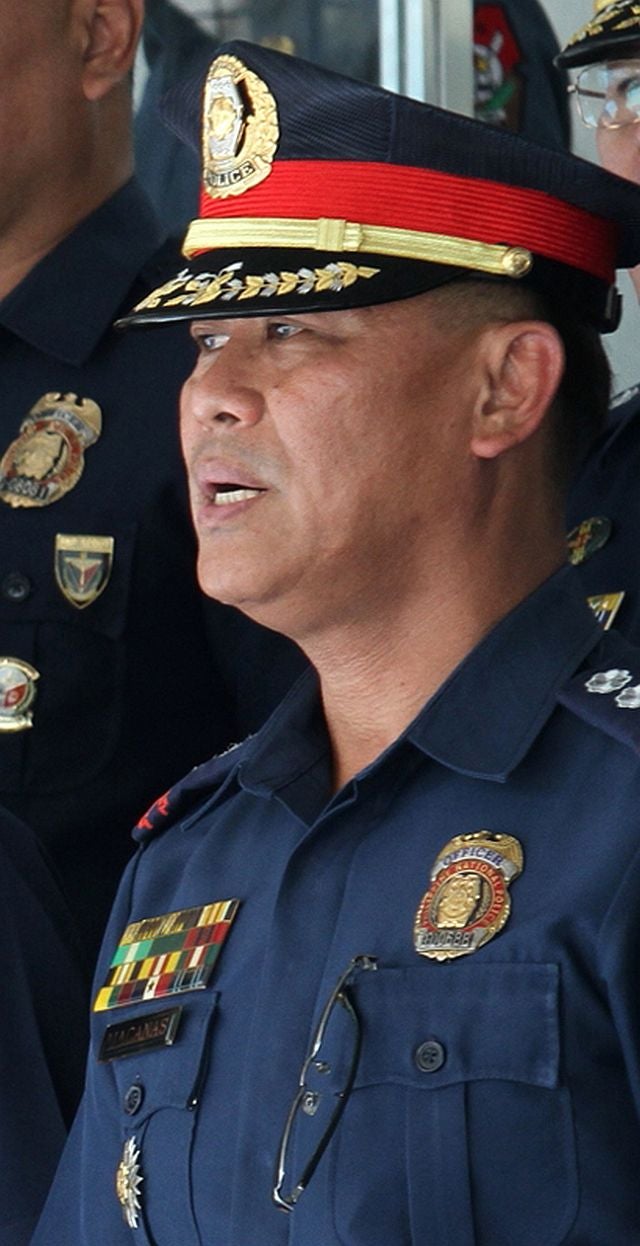 Senior Supt. Jose Macanas, director of the Cebu Provincial Police Office (CPPO), was relieved from his post on Friday, barely two months after he assumed the position, amid allegations linking him to the illegal drug trade.

The order from Camp Crame did not explain the reason for the relief.

“I have not seen the list nor has any idea about its contents. But the information relayed to me was that Colonel Macanas was among those listed as protector by Mayor Espinosa,” he told reporters.

The relief order issued by Camp Crame’s Directorate for Personnel and Record Management took effect yesterday.
Macanas is expected to report to the Personnel Holding Administrative Unit (PHAU) in Camp Crame while he is being investigated.

Taliño said he immediately talked to Macanas after he read the relief order Friday morning.

“He was actually surprised why his name was on that list,” he said.

Taliño said Macanas explained to him that Mayor Espinosa had an axe to grind against him after he arrested the mayor’s son Rolando “Kerwin” Espinosa Jr., the alleged number one drug lord in Eastern Visayas, when he was the police director of Ormoc City in Leyte years back.

Kerwin was detained for several drug-related cases, but these had been dismissed, purportedly because of technicalities on the spelling of his name — Rolan instead of Rolando Jr. — and the alleged intervention of his police protectors.

“He believed the Espinosas are mad at him. Perhaps, Mayor Espinosa implicated him in the illegal drugs trade to get back at him,” Taliño said.

Oplan Tokhang is a campaign that involves policemen knocking on houses of drug suspects and urging them to surrender and cooperate with authorities.

“Of course, I’m surprised with his relief. But he, nonetheless, have (sic) the chance to answer the allegations leveled against him. He will have the opportunity to clear his name in the proper forum,” Taliño said.

Last July 28, Espinosa’s bodyguards and employees were arrested during a buy-bust operation near the houses of the mayor and his son Kerwin Espinosa in Albuera. At least P1.9 million worth of shabu was recovered during the operation.

President Rodrigo Duterte imposed a 24-hour deadline for Mayor Espinosa and his son to surrender or be shot on sight.

On August 2, Mayor Espinosa, 54, showed up at the Philippine National Police (PNP) headquarters and surrendered to PNP Director General Ronald dela Rosa, beating a 24-hour deadline set by the President for him and his 36-year-old son to surrender, or shoot-on-sight orders would be issued against them.

The mayor denied any wrongdoing and tearfully pleaded for his son Kerwin, who is at large, to surrender.

On Aug. 6, at least 30 policemen raided the gated three-story mansion of Kerwin in Barangay Benolho in Albuera. Six people, tagged as hired goons of Kerwin, were killed while four escaped.

After the raid on his house, the Leyte police filed a complaint against Mayor Espinosa in the provincial prosecutor’s office in Tacloban City for violation of the Comprehensive Dangerous Act of 2002.

On Aug. 22, the mayor’s lawyer Rogelio Bato Jr. and the latter’s teenage companion was gunned down by unknown assailants.

A day after, Mayor Espinosa voluntarily went to the Leyte Provincial Prosecutor’s Office to execute an affidavit identifying his son’s connections and protectors.

At least 74 government officials and policemen, as well as 154 civilians are set to face charges for allegedly protecting Kerwin’s illegal drug operations.