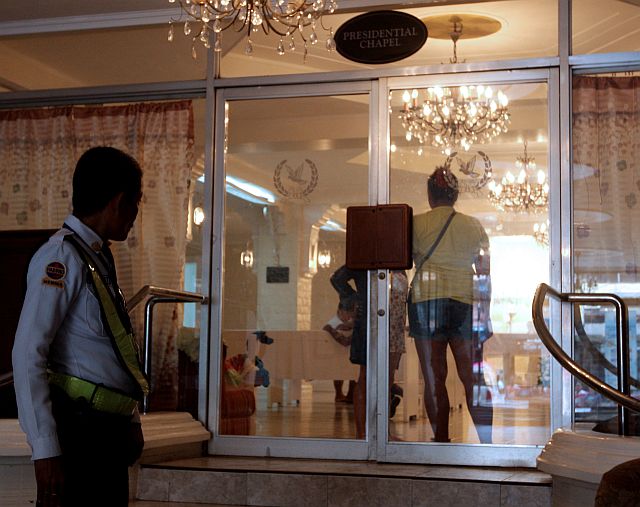 PRIVACY. Members of the family of murder victim Annalou Llaguno ask for privacy when Cebu Daily News sought interview them while at her wake at the Cosmopolitan Funeral Homes in Junquera Street in downtown Cebu City.
(CDN PHOTO/TONEE DESPOJO)

Police investigators have identified all three suspects in Friday’s ambush-slay of Annalou Llaguno, the 30-year-old businesswoman linked to two bigtime drug lords in the Visayas.

But police hit a snag as relatives of Llaguno refused to file charges against all three.

“I don’t know why they don’t want to file charges against the suspects. Maybe, they are still grieving. I hope we can convince them to really cooperate with us in the filing of the case,” Cebu City Police Office (CCPO) director Senior Supt. Joel Doria said.

He said police investigators will again talk to Llaguno’s mother after the victim’s burial as so far, Llaguno’s family had no intent to file charges against the suspects.

“That’s one of the problems we have now. But then, a crime was committed and so we have to continue with our investigation,” said Doria who released the artist’s sketch of one of the assailants yesterday while the sketches of the two others had yet to be finished.

One of the assailants was described to be around 5 feet 7 inches, 30 years old and had a fair complexion.

“They were just very brave. Imagine they really finished off the victim,” Doria said.

Llaguno was riding a motorcycle with her boyfriend John Joseph Romarate on their way to the latter’s apartment in Barangay Pasil when the assailants shot her in the head at close range.

Slumped on the back of Romarate, one of the gunmen then approached the victim to finish her off.

Romarate, who was left unharmed, rushed Llaguno to the hospital but she was declared dead on arrival by the attending physician.

Based on investigation, police said the three suspects were members of a drug syndicate.

“We now have the names of the suspects although we could not reveal them to the public yet. In due time, we will get all of them,” Doria told reporters.

Doria added that witnesses were able to identify the suspects as the two motorcycle-riding gunmen were not wearing helmets at the time of the killing while the face of the motorcycle driver was also visible through his helmet.

Police are still checking on whether the suspects have existing arrest warrants on other cases issued by the courts. 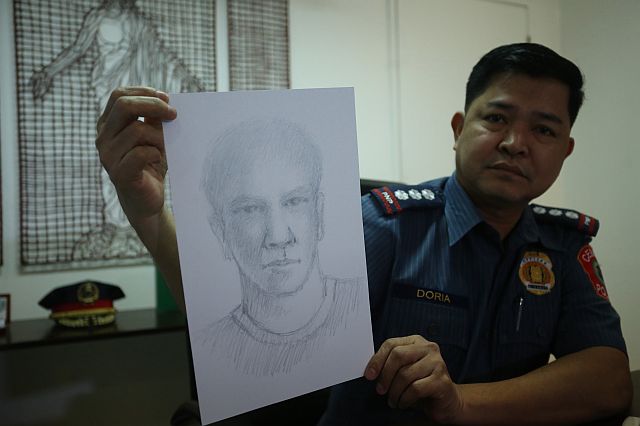 Cebu City Police Chief Joel Doria presents a cartographic sketch of the gunman in the slay of Annalou Llaguno, who was killed by motorcycle-riding men last Friday for allegedly tipping police about the illegal drugs operations in the region.
(CDN PHOTO/LITO TECSON)

Investigators believe that Llaguno was killed for giving information to police regarding the illegal drugs operations in Central Visayas.

She later eloped with Central Visayas’ drug kingpin Jeffrey “Jaguar” Diaz when Espinosa was arrested in an anti-illegal drugs operation conducted in 2009, according to unverified reports reaching the Philippine National Police (PNP).

Police sources said that it was Llaguno who tipped authorities on Jaguar’s whereabouts in Las Piñas City which led to Jaguar’s death in an alleged shootout with police operatives last June.

Llaguno was shot in broad daylight by gunmen riding a motorcycle in Carlock St., Barangay Duljo-Fatima at past 2 p.m., Friday. She suffered gunshot wounds in the head.

Sought for comment, her family refused to issue any statements.

Llaguno was also the niece of Crisostomo “Tata Negro” Llaguno, an alleged Cebu drug lord shot dead last 2010 in Barangay Lorega over what was believed to be a drug-related incident.