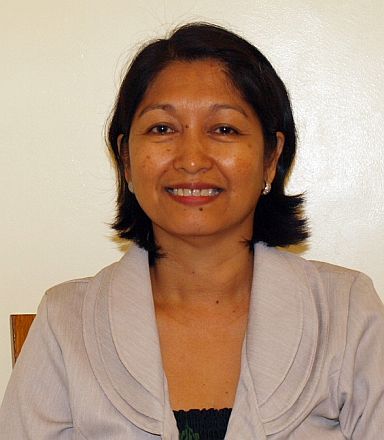 Barangay officials in Cebu City have been asked to submit promissory notes stating that they will pay back the incentives they received from the city government last year which was disallowed by the Commission on Audit (COA).

City Accountant Arlene Rentuza said that the promissory notes would be their way of compromising with the barangay officials who told them that they could not pay outright the incentives that they received.

“It’s a standard accounting procedure in the accounting office to require any person to settle any obligation to pay once they’re issued notices of suspension or disallowance by COA,” Rentuza told Cebu Daily News.

“When the barangay officials sought for a clearance from our office, we asked them to settle, but since they cannot do it outright, we allow them to make the pro-note so we can proceed in issuing them the clearance,” she added.

She said that it would depend on how each barangay would pay back the disallowed amount.

Earlier this year, state auditors disallowed P28.6 million in cash incentives for barangay officials given by the city last year, saying it was charged to the wrong account.

Some barangays in the city have already started working on their annual budget proposals for 2017. Part of their requirements is to get certifications and information from the accountant’s office as to their share of real property tax (RPT) and other sources of funds for their budget.

Officials of Barangay Tejero are among those who heeded the City Accountant’s call.

Tejero Councilman Garry Lao said that the barangay council approved a resolution authorizing the barangay treasurer Evangeline Delgado to write a promissory note to the accounting office stating that they would settle their disallowance in a year’s time.

Lao said that this would be needed for the City Accounting Office to issue the barangay a certificate of funds availability that would serve as proof that they were getting a share of the city’s RPT collection which they could use as fund source for their 2017 annual budget.

Lao said their barangay’s RPT share of at least P2 million per year consists of about 12 percent of their annual fund source.

The deductions will be made from the barangay officials’ monthy honorarium, which they will receive at the end of each month.

First deduction for Tejero officials will be taken from their October 31 honorarium. The monthly deductions will continue until November 30, 2017.

Lao said their repayment will then be deposited at the City Treasurer’s Office.

The incentives were released on a quarterly basis.

This year, barangay officials only received their first quarter honorarium in March.

He said their barangay council is targeting an P11 million budget next year which is P1 million more than this year’s budget of P10 million.

Barangay budgets are funded from their IRA and RPT shares and barangay income.

In the case of barangay Tejero, they earned barely a million pesos in 2015, making them dependent on IRA and RPT share in their budget preparation.

Meanwhile, Association of Barangay Councils (ABC) president and Tisa Barangay Captain Philip Zafra said that the accounting office should not do this to them.

“We’re not political allies, maybe that’s the reason (they’re asking us to pay). I just hope that it should be done in writing so that everything is documented,” Zafra told CDN.

He said that the city had already filed appeal before COA-7 to reverse its disallowance on the barangay incentives.

Since it is still pending, he said the city should not force the barangay officials to pay back the money yet.

But City Accountant Rentuza said they had not been made aware of the appeal.

“That’s why a promissory note is all we ask since they have not provided us any evidence of such appeal, and COA has not advised us to stop from making any demand.

Currently, COA requires us to submit a copy of the collection notices that we have sent to the barangays,” she said.