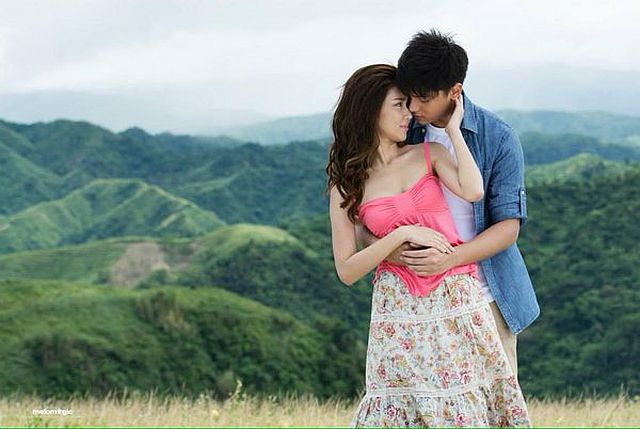 Kathryn Bernardo and Daniel Padilla in “Pangako Sa ‘Yo”

THE 2015 remake of the ’90s hit series “Pangako Sa’Yo” has reached another milestone.

“La Promesa,” the Spanish-dubbed series of “Pangako Sa ’Yo” is currently making waves in Latin America as it premiered its first episode in Peru last Sept. 22.

The remake topbilled by young stars Kathryn Bernardo and Daniel Padilla has already made waves in Vietnam and Spain. The ’90s original version was topbilled by Kristine Hermosa and Jericho Rosales.

The airing of “Pangako Sa ’Yo” in Peru is its third milestone internationally, as it had conquered French and Spanish-speaking countries in the past months.

The 2015 remake also earned the actress Jodi Sta. Maria an Emmy nomination for her portrayal as the vengeful character of Amor Powers.

In January 2016, Daniel and Kathryn made headlines after they won Best Foreign Actor and Actress in this year’s Face
of the Year Awards held in Ho Chi Minh City, Vietnam.

KathNiel’s recent film “Barcelona: A Love Untold,” which is still in cinemas, has earned P200 million in ticket sales, according to Star Cinema.