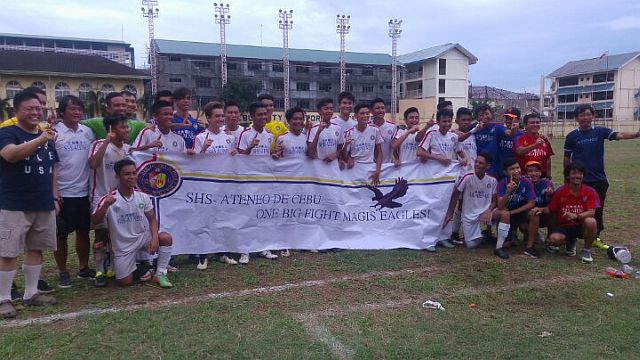 Leo Maquiling played the hero’s role for SHS-AdC after he nailed the winning goal in the 53rd minute of the second half.

SHS-AdC last won the title in 2012 at the expense of University of Southern Philippines Foundation (USPF).

Maquiling went on to clinch the Most Valuable Player (MVP) accolade while his teammates Paolo Montesclaros and Jack Sembrano were named best defender and best goal keeper, respectively.

University of San Carlos-Basic Education Department (USC-BED), on the other hand, bagged the third place trophy after trouncing USP-F, 5-1.