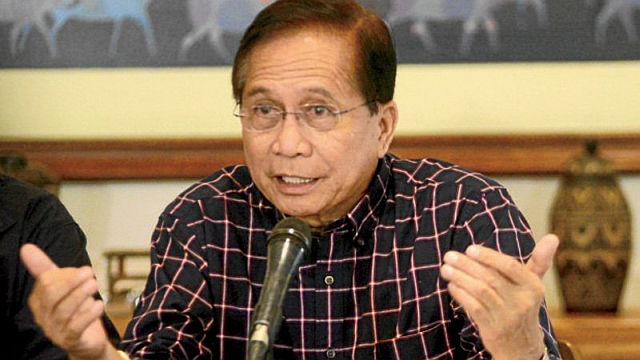 The Philippine government and the Communist Party of the Philippines-New People’s Army-National Democratic Front (CPP-NPA-NDF) will tackle three contentious issues in the third round of peace talks scheduled for early next year in Oslo, Norway.

Secretary Jesus Dureza, presidential adviser on peace process, said that the three main items in the agenda that they would have to thresh out in the next round of the talks would be social and economic agenda, political and constitutional reforms and the end of hostilities and disposition of forces.

Dureza, who described these issues as “madugo” or difficult to negotiate, however, said that the peace talks were progressing at a fast pace as compared to it being deadlocked in the past four years.

“Lawom pa ning negotiations nga mahitabo but we are seeing the goodwill already between both sides,” he said.

Despite admitting that there is still a long way to go, Dureza said their decision to accelerate the timeline by tackling items in the agenda simultaneously helped in hastening the pace of the talks.

He also cited the political will of President Rodrigo Duterte’s administration to move the negotiation process into an active one.

Dureza said Duterte’s allowing political prisoners to be freed had been instrumental in the negotiation process.

After two rounds of peace talks in Oslo, Norway, some 71 political prisoners had been released.

In the next round, Dureza said they would be releasing another 20 political prisoners.

“Negotiations now are very transparent,” he said. “While I talk with CPP-NPA-NDF on the table, there is a bigger table outside that must have some kind of understanding and acceptance nga mao ni gistoryahan because at the end of the day, we will need public support. At the end of the day, you will have to get public support with whatever agreements you sign with the CPP-NPA-NDF. ”

He also cited the declaration of a unilateral ceasefire between the government and the CPP-NPA-NDF as a significant development in the peace process because it provided a conducive and enabling environment for the conduct of the peace negotiations.