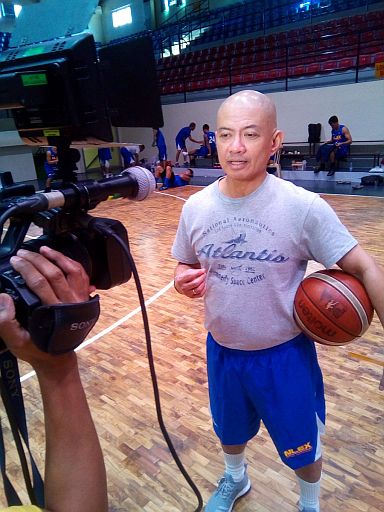 With a new head coach in tow, expect a different NLEX team when the Road Warriors see action in the three-day Recoletos Invitational Cup starting tomorrow at the University of San Jose-Recoletos Coliseum.

NLEX head coach Yeng Guiao, who was acquired by the Road Warriors during the off season, led the team in their practice at the venue Tuesday afternoon.

Guiao, the former Rain or Shine head coach, said Cebuanos will see a faster NLEX team with him manning the sidelines. He revealed that his players have embraced his uptempo style of game.

“We hope it works for us,” said Guiao.

Guiao said he is eager to show his new squad to Cebuanos.

“It’s also our way to give back the support to the Cebuanos, [to] be able to entertain [them] with our own brand of basketball,” Guiao said.

Aside from the Road Warriors, also playing are fellow PBA team Meralco Bolts and local powerhouse University of the Visayas.

Read Next
DEATH BECOMES HER: Why the crossroads town of Carcar is the perfect ghoulish stopover