‘A big loss for Philippine sports’ 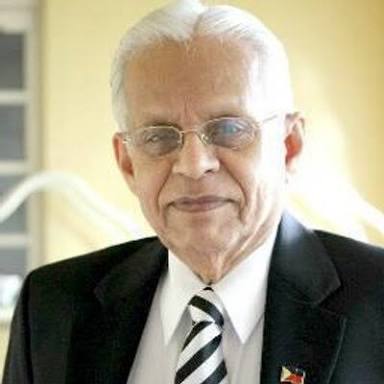 A legend in sports journalism. An institution in Philippine sports.

This was how some sports personalities described Ronnie Nathanielsz, who passed away yesterday a few days after he suffered a cardiac arrest in San Francisco, California, USA.

Michael Aldeguer, CEO of ALA Promotions International, said he was shocked to learn the death of Nathanielsz.

“I was really shocked and still mourning his loss. He was a legend in sports journalism and will surely be missed in the boxing world. I will always be proud that he was part of the growth of Pinoy Pride since it started on 2010. I will surely miss him,” said Aldeguer.

Nathanielsz used to preside over media briefings for Pinoy Pride fight cards. He was also a regular commentator for the boxing series.

Michael’s father Antonio, the founder of ALA Boxing Gym, said he lost a close friend.

“I am very much saddened of the passing of my dear friend Ronnie Nathanielsz, who was a dedicated sports journalist and TV broadcaster. I will surely miss him and his overzealous reporting in boxing and his other write-ups. Sports and boxing in particular has lost a true crusader and dedicated sportsman. It is my privilege to have known him,” said the older Aldeguer.

Nathanielsz was in San Francisco, California, as part of the commentary panel of last Sunday’s Manny Pacquiao-Jessie Vargas fight. He was on his way to Las Vegas last Nov. 3 when he complained of chest pains and later suffered a cardiac arrest. He was 81.

For lawyer Danrex Tapdasan, an international boxing referee, Nathanielsz had done so much for Philippine sports.

“First of all, Ronnie Nathanielsz is an institution in Philippine sports. In Philippine boxing in particular, he has the distinction of witnessing the two latest golden years of the sport in this country. He has bridged the era of the great Gabriel “Flash” Elorde during his arrival in the Philippines in the early ‘60’s until the ‘70’s to the

Manny Pacquiao era from the late 90’s until the present time,” he said.

“As a sports journalist, Ronnie has the reputation of being a fearless advocate of the truth and the welfare of Filipino athletes. He has covered the most popular as well as the low profile athletes that deserves to have the publicity and attention,” Tapdasan added.

“He was not only a sports icon to me but a good friend too. I will terribly miss him,” said Peñalosa.

Read Next
Bato: Richard Gomez now a ‘person of interest’