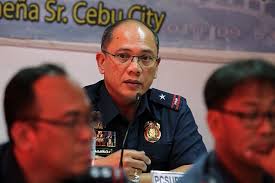 ARE there shabu laboratories in Cebu?

So far, Chief Supt. Noli Taliño, director of the Police Regional Office in Central Visayas (PRO-7), said they have not monitored any.

“I could not say there is or there is no shabu lab here. That is why we need to keep monitoring,” he said in an interview yesterday.

Taliño directed all intelligence units in Cebu and the rest of Central Visayas to intensify their monitoring activities to locate any shabu laboratory in the region.

He also encouraged the public to assist the police in making sure there are no shabu laboratories in Central Visayas.

“The fight against illegal drugs isn’t just the work of the police. Everyone, including ordinary citizens, should be involved,” Taliño said.

To help citizens identify the presence of drug laboratories, the PRO-7 director cited some indicators.

“Shabu labs usually release foul smell due to chemicals, nearby trees die and the presence of suspicious-looking people,” Taliño said.

He said there is also a possibility that drug syndicates will operate mobile shabu laboratories to make it hard for authorities to track them.

“Shabu laboraties may appear in any place. That’s why we need to intensify our monitoring,” he said.