Catholics urged to join ‘Walk for Life’ set on Feb. 18 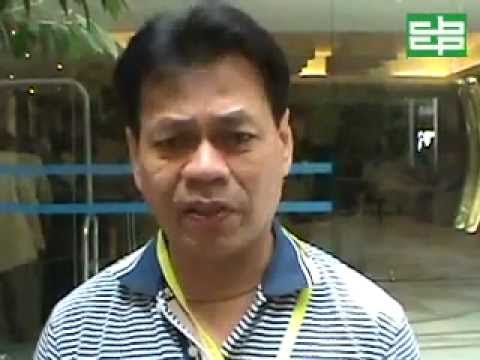 Pro-life advocates in Cebu will hold a solemn procession dubbed as “Walk for Life” on February 18 to voice out opposition to the spate of drug-related killings in the country and proposals to revive death penalty.

“There have been issues that concern human life. I challenge all Catholics to take part in the event. Let us translate our devotional practices to actual manifestations of our faith,” said Dr. Rene Josef Bullecer, country director of Human Life International and vice president of the Council of the Sangguniang Laiko ng Pilipinas.

“If at least 500,000 people joined the annual Walk with Mary and Walk with Jesus, (during the Fiesta Señor) and one million during the foot procession of the Santo Niño, why won’t we come for this Walk for Life?” he added.

Cebu’s Walk for Life will start with a program at 4 p.m. at Plaza Sugbo in front of the Cebu City Hall. Different speakers, he said, will express their thoughts on various issues concerning human life.

The walk will start at 6 p.m. from Plaza Sugbo to the Cebu Metropolitan Cathedral where prayers will be offered to culminate the event.

On the same day, another Walk for Life organized by the Catholic Bishops’ Conference of the Philippines (CBCP) will be held at the Quirino Grandstand from 4:30 a.m. to 7 a.m.

The call to march came days after the CBCP released a pastoral statement against President Rodrigo Duterte’s “reign of terror” and his government’s bloody war on drugs.

Bullecer said it’s about time to cast away fears and apprehensions and to stand up for what is right.

“How many times were Catholics lambasted (by President Duterte) and yet we chose to be silent?” he asked.
Bullecer called on

bishops and priests to lead lay people in joining the Walk for Life, which has been endorsed by Cebu Archbishop Jose Palma.

Archbishop Palma on Thursday said Catholic Church leaders will not cease to speak out and oppose the administration’s bloody war on drugs as well as the plan to bring back the death penalty even if they have been repeatedly criticized and maligned by the President.

Palma also clarified that even as bishops and priests support the President’s war on illegal drugs, they condemned the extrajudicial killings that had attended the administration’s crackdown on the narcotics trade.

Mr. Duterte has branded the Catholic Church as the “most hypocritical institution” and is “full of shit,” and accused some priests and bishops of corruption, womanizing and other excesses.