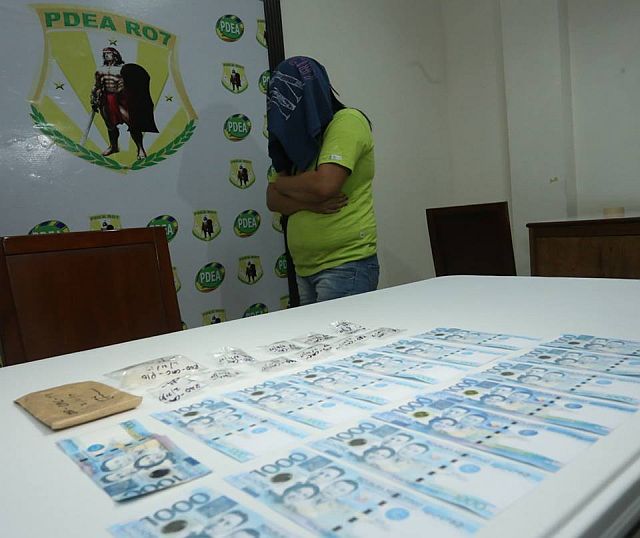 Rose Dakay alias “Jacquiline” covers her face from the media. She was arrested in an operation on Tuesday night in Barangay Suba, Cebu City. (CDN PHOTO/LITO TECSON)

Charges for violating the Republic Act 9165 or the Comprehensive Dangerous Drugs Act of 2002 will be filed against her./USJ-R Intern Delyne Marl A. Saragena