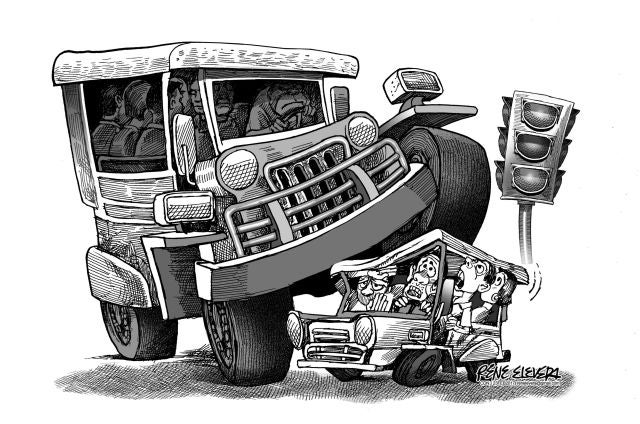 If it were at all possible — and based on the current traffic congestion in Mandaue City’s streets, it’s not — then there won’t be a problem at all for the Mandaue City government to withdraw the requirement for the issuance of business permits for tricycle operators.

Last Tuesday, Mandaue City Mayor Gabriel Luis “Luigi” Quisumbing said he is open to removing the requirement for tricycle operators to secure both a business permit and a franchise in order to operate in the city’s streets.

Prior to a dialogue between the Traffic Enforcement Agency of Mandaue (Team) and the tricycle operators, a group of tricycle operators proposed the removal of the requirement so they would be spared the additional P1,800 cost to continue operating their units.

While they have a point and their argument is reinforced by the disclosure that passenger jeepneys and other public utility vehicle (PUV) operators are not required to secure a business permit, an inventory of the number of tricycle operators and drivers in the city should be kept and updated to make sure they don’t contribute to the worsening of the city’s traffic.

Securing business permits in essence is not just about paying the city for the opportunity to earn a livelihood in accordance with existing business regulations and laws.

It’s also about the city keeping track of one’s business and presence in the city aside from franchises whose effectivity covers several years.

During that time, some unscrupulous operators lease their franchise to another in exchange for a maintenance fee of sorts, thereby finding another source of income while maintaining their number of units.

But that’s not the case for the commuters who have to deal with traffic congestion caused by, among other things, colorum operators of tricycles and other PUVs.

If Mandaue City Hall were to do away with the business permit, it should also make sure that it won’t result in the increase of colorum operators in the city streets in order not to aggravate the existing traffic congestion.

The existing tricycle operators can also do their part by reporting the presence of colorum operators and following traffic rules that bar them from operating in the national highways to avoid going head to head with the PUVs.

While the LGU is obligated to help city or town residents earn their keep and business, it should also set rules to prevent any encroachment on living spaces that are being limited by the years due to a growing population and thriving businesses.

Read Next
The good friars of old Oslob