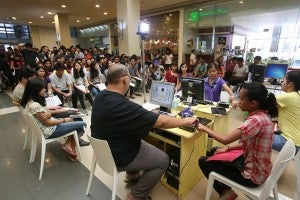 Caption: Hundreds of new voters line up at the Robinsons Cybergate for the last day of voters’ registration. (CDN PHOTO/JUNJIE MENDOZA)

Hundreds of people are lining up at Robinsons Cybergate for the last day of voters registration today, April 29.

According to Ma. Lhengeline Alensonoren, 32, a resident of Barangay Apas, Lahug, Cebu City, she had been waiting in line as early as 9:00 a.m.

She said she only had the time to register today due to work constraints.

As of 3 p.m., Herbert Omblero of the Commission on Election told Cebu Daily News that they could not determine the number of registrants since the servers kept bogging down so they had to turn it off. 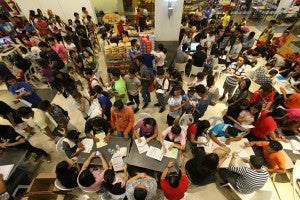 According to Omblero, the registration period started on Monday, April 24 but only a small number of people started registering then.

“It’s only until today, that most people are lining up to get registered” he added.

Despite the huge number of registrants, Omblero said they will not be expenting the online registration.

“The online registration will still close at 3 p.m.,” he said. 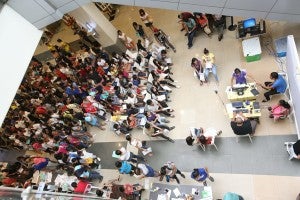