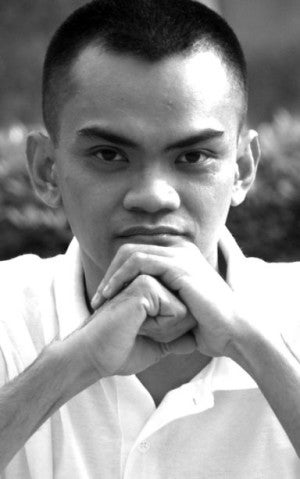 The appointment and eventual rejection of Gina Lopez as secretary of the Department of Environment and Natural Resources (DENR) by the Commission on Appointments (CA) highlights the frustrating status of efforts to protect our environment from being totally destroyed by big business, particularly those in mining and logging industries.

As President Rodrigo Duterte himself admitted, “lobby money talks,” hinting the connivance between the mining cartel and some members of the CA.

And like Pilate, washing his hands before the people, he said that not everything is within his control.

Duterte’s appointment of Gina was one of those decisions he made that was much-praised, even by many of his critics in the opposition.

Gina seemed to represent the “change” that was supposed to take place in the DENR. This came as a surprise since the President was not the one who would identify himself as an environmentalist.

In fact, he first threatened to reject the 2016 Paris Agreement on Climate Change, saying it would get in the way of his plans for Philippine industrialization.

But he changed his mind, probably influenced by Gina, and signed the international pact in February of this year.

The local environmentalist groups celebrated the decision and renewed their hopes for change in the Duterte’s environmental program with Gina at the helm.

At first it would seem that Duterte was bound to contradict himself in his vision of old-school protectionist industrialization and having a radical environmentalist heading the DENR.

The President even planned to get Ramon “RJ” Jacinto, a fellow baby boomer, rock and roll guitarist, and owner of a steel company, to jumpstart the now moribund National Steel Corporation.

His vision of a “nationalist” industrialization follows that of postwar nationalist Claro M. Recto, who saw the importance of having a complete indigenous steel industry, one of the “mother industries” or basic industries that would give birth to other related industries, as key to economic self-reliance.

For Recto, it is this shift from an agricultural or service economy towards a manufacturing one that distinguishes developed countries from those in the Third World.

The strategy is to secure the creation of basic industries like steel, textile, plastic, rubber, glass, paper and oil so that these mother industries would give birth to more related industries that relied on them.

For example, for a nation to be able to produce its own car, it has to have factories that could fashion metal ores into chassis, engine and spare parts, weave fibers into seat covers, cast plastic pellets into dashboards, make glass plates for windshields and mirrors, mold rubber into tires, and process oil into diesel or gasoline.

According to Recto’s notion of nationalist industrialization, the basic industries should be Filipino-owned, either privately or by the State, to guarantee self-reliance.

Some people might wonder how North Korea, which has been subjected for decades to international economic sanctions, was able to produce their own machinery and even weapons like tanks, submarines and ballistic missiles.

The answer is industrialization.

With technology transfer from China and former Soviet Union during the Cold War, North Korea was able to develop it’s own steel factories and other basic industries. So it has been able to survive isolation and in fact continue to develop as a manufacturing economy up to now.

In his conversation with his former teacher, the communist leader Joma Sison, whose own vision of a nationalist industrialization was itself influenced by Recto, Duterte promised to take the country into that path of self-reliance as key to a socialist future.

But such future strategy of nationalist industrialization presupposes utilization of our country’s rich and quite diverse mineral deposits that for decades local mining companies have been extracting mainly for Chinese and Japanese clients.

At the rate we are losing such vital resources, Duterte’s vision of a self-reliant Philippine industrialization will not likely succeed.

The damage is almost irreversible and if this administration is serious about its goal of industrializing the country, it should make drastic steps to conserve whatever is left of the plunder by mining business.

A radical like Gina is exactly what the Philippines needed to take the political will to enforce environmental laws.

But the unholy alliance between greedy capitalists and politicians (many of whom were from the Duterte camp) proved to be a stronger force, too strong for the President to control.

At least that’s what he claims.

Which makes us wonder — if Duterte was really serious in his plan to industrialize the country, how could he allow his own allies to just so easily drop Gina?

So dirty Capital won over Duterte’s vision of socialist industrialization.

Meanwhile, you might ask where the hell is RJ? Last time I saw him, the steel magnate was still doing rock and roll covers in his own TV station.

I wish he played something more timely, like heavy metal for a change.