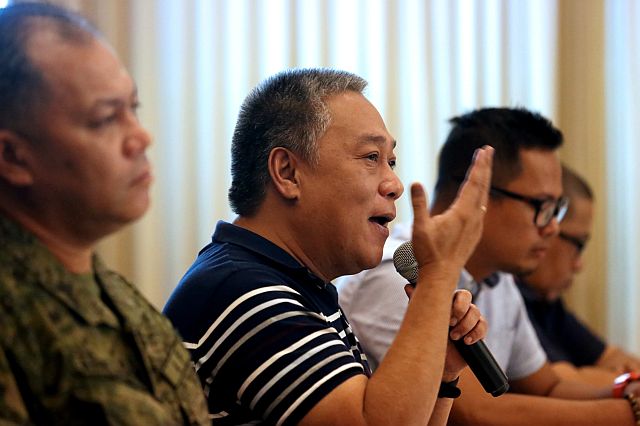 The possible suspension of the writ of habeas corpus in the Visayas was welcomed by officials and some business leaders in Cebu while some lawyers expressed caution in implementing it.

Gov. Hilario Davide III said he has nothing against the plan of President Rodrigo Duterte, saying it is “necessary” and “practical” if only to thwart terrorism.

“We trust the wisdom of the President. He probably has information which we do not have. Let’s see,” he said in an interview at the Montebello Villa Hotel in Cebu City where the Regional Peace and Order Council (RPOC) meeting was held yesterday.

Speaking during the 119th anniversary of the Philippine Navy in Davao City on Wednesday, Mr. Duterte said he may extend the suspension of writ of habeas corpus to the Visayas if the threat of terrorism extends beyond Mindanao.

He said the writ’s suspension in the Visayas would give security forces authority to make arrests and stop terrorism.

The suspension of the writ of habeas corpus means a person caught or suspected of committing rebellion or invasion may be arrested by law enforcers without a court-issued warrant under certain conditions.

Habeas corpus is an order to present a person before the court to determine whether or not the arrest or imprisonment is legal or if the inmate must be released from custody.

In a press statement, Presidential Assistant for the Visayas Mike Dino appealed to local government officials in Cebu and other parts of the Visayas to support President Duterte’s plan to suspend the writ of hebeas corpus in the region.

Dino explained the writ’s suspension is a “logical act” to insulate the Visayas from the possible incursion of Maute terror group fighters who may escape from Marawi City.

Last Tuesday, Cebu’s business leaders met with Dino to express their support in case the President expands the coverage of martial law to the Visayas, as they believe it will send a strong message to local business and tourism players, investors and tourists that authorities want and intend to keep Cebu safe from terrorists. 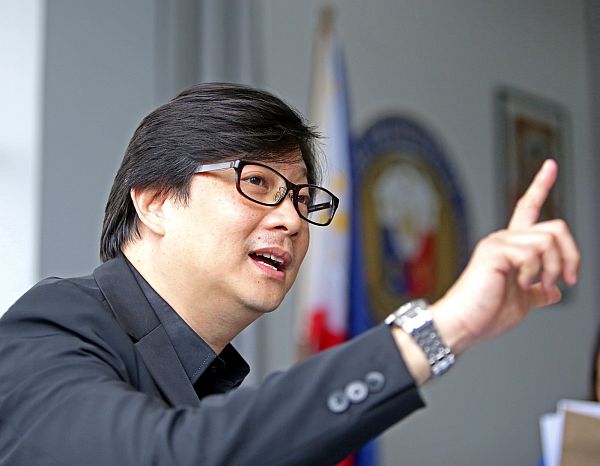 In the same meeting, officials from different local and national agencies, including the Armed Forces of the Philippines Central Command (Centcom) and the Police Regional Office in Central Visayas (PRO-7), agreed to draft a memorandum of understanding (MOU) that will institutionalize a task force that will safeguard the Visayan seas from incursions of terrorists and other lawless elements.

Dino said it is better to prevent the spillover of the violence in Marawi rather than reacting on it only when it happens in the Visayas.

Since Mindanao is under martial law, which amplifies military and police presence and checkpoints in southern cities and municipalities, Dino said the next points of entry for terrorists could be anywhere in the Visayas.

Dino said military and police presence would be useless if not coupled with legal component of martial law which is the suspension of the writ of habeas corpus.

Lawyer Jose Glenn Capanas, president of the Integrated Bar of the Philippines (IBP) Cebu City chapter, said the constitutional requirements must be complied in case President Duterte makes good of his plan to suspend the writ of habeas corpus in the Visayas.

“While the President has the power to suspend the privilege of the writ of habeas corpus, such power must comply with the constitutional requirements which are similar to that for the proclamation of martial law,” he said in a text message to Cebu Daily News.

“We should be vigilant to ensure that the said requirements are met,” he added.

Under the 1987 Philippine Constitution, the President can declare martial law and/or suspend the writ of habeas corpus in case of invasion or rebellion, when the public safety requires it, for a period not exceeding 60 days.

The President is also required to submit a report to Congress within 48 hours from the proclamation of martial law, which Mr. Duterte had complied with.

The Congress, voting jointly, by a vote of at least a majority of all its members in regular or special session, may revoke or extend such proclamation or suspension, it added.

Lawyer Mundlyn Misal-Martin, president of the IBP Cebu Province chapter, begged off from giving a statement, saying she reserves her comments once the writ of habeas corpus in the Visayas will be formally suspended by President Duterte.

Human rights lawyer and former IBP Cebu City chapter president Democrito Barcenas, for his part, lashed out at President Duterte, saying imposing a martial law or suspending the writ of habeas corpus in the Visayas is unnecessary. 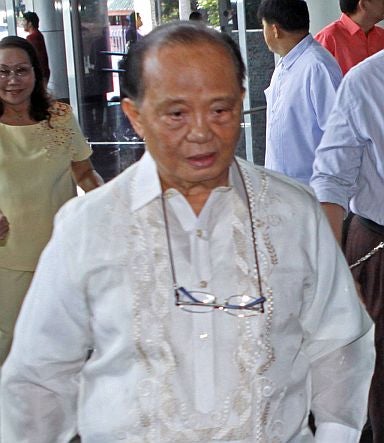 “We don’t know if he is serious or is just joking. Saying that he plans to suspend the writ of habeas corpus and implement a martial law in the Visayas is alarming,” he said in a phone interview yesterday.

“If he can do that in Mindanao, who can prevent him from also doing it in Visayas and Luzon. This is the road to an authoritarian rule,” he added.

Last May 23, President Duterte placed Mindanao under martial law after the Islamic State-inspired Maute militants invaded and took control of some vital areas and installations in Marawi City, burned some infrastructures and took as hostage a Catholic priest and over a dozen others, prompting state forces to lay siege of the city.

The siege dragged on and triggered mass evacuation and destruction of a number of establishments.

So far, at least 89 Maute terrorists, 31 security forces, and 19 civilians have been killed in the fighting.

The fatalities include 11 soldiers who were hit by their own military airstrikes supposedly aimed at Islamist militants yesterday.

Although no martial law is declared yet in Cebu, random checkpoints have already been conducted in strategic locations to avert terror attacks.

Read Next
Better safe than sorry