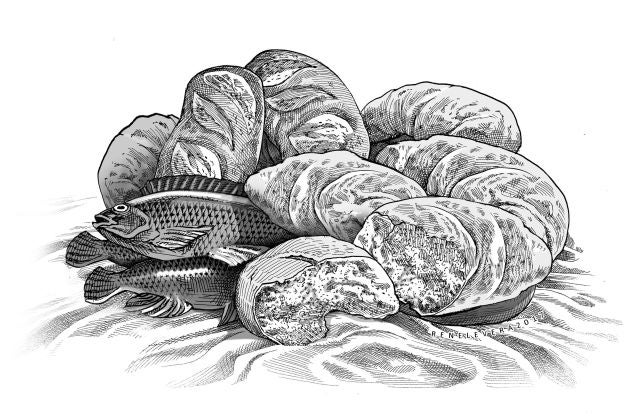 Like everyone else, I like good food no matter where it comes from for as long as it is clean. I have no special knowledge of cooking, but I do have some eating skills. And to any and all attacks against my claims I raise the ultimate defense, “de gustibus non est disputandum.”

Accordingly, the wife and I always search for the best version of a dish, and along the way compare and make a short list of its various brews as we move from meal to meal. We do not, and anyway we cannot afford to go for high cooking, for dishes with French names. Although we mostly now confine ourselves to the offerings of the domestic kitchen, already we have our hands (and our mouths) full.

It is the norm with me to ask, when partaking of bam-i with a group, at a party, for instance, to ask where one could find the best preparation of this Cebuano noodle dish. It turns out that a friend, engaged in the catering business, makes it. Thus far the wife and I have tried the best pinakbet (in a homegrown restaurant). Someone, who incidentally writes fiction, invited me, when I asked him about the best pancit canton, to a gustatory pilgrimage to an old restaurant which carries the name Snow White or Snow Something, which I declined. Unbeknownst to him, I went to the venue and ordered the item. The sauce was to my liking but not the greens, which were beginning to wilt. And while I was feeding myself, a homeless man entered the restaurant and cleaned the tables of leftover food, which the management seemed to allow, perhaps for being short of hands.

Indeed, the stomach is a lonely hunter, and surely my career as food stalker has an explanation in what George Bernard Shaw said, “There is no sincerer love than the love of food.”

If truth be told, even Jesus looked for food. Luke writes that, in one of his appearances after his resurrection, Jesus asked the disbelieving apostles, “Have you anything here to eat?” And they gave him a piece of broiled fish, which he took and ate.

We can only speculate as to what else Jesus fed on. For instance, when he had dinner at her house, Martha — according to one writer — probably served baked flat bread, a dip of ground hyssop together with sesame seeds and olive oil, a dip of chickpeas with Tahini, a dip of yogurt, and ground wheat, olives and herbal tea. Perhaps.

At the Last Supper, Jesus and the apostles had unleavened bread and wine, which he passed around the table, telling the apostles that the bread was his body and the wine his blood.

John writes that, earlier, while teaching at a synagogue in Capernaum, Jesus had declared, “I am the living bread that came down from heaven; whoever eats this bread will live forever; and the bread that I will give is my flesh for the life of the world.”

Those who heard him asked, “How can this man give us his flesh to eat?” Jesus replied, “Amen, amen, I say to you, unless you eat the flesh of the Son of Man and drink his blood, you do not have life within you. Whoever eats my flesh and drinks my blood has eternal life, and I will raise him on the last day. For my flesh is true food, and my blood is true drink. Whoever eats my flesh and drinks my blood remains in me and I in him. Just as the living Father sent me and I have life because of the Father, so also the one who feeds on me will have life because of me. This is the bread that came down from heaven. Unlike your ancestors who ate and still died, whoever eats this bread will live forever.”

Many were shocked by what Jesus said. But those who stayed on with him until the end learned at the Last Supper that the flesh that Jesus would give them was the bread and the blood the wine. At every Holy Mass in which the priest repeats the words of Jesus, the bread and wine, while still appearing as bread and wine, really become the body and blood of Christ.