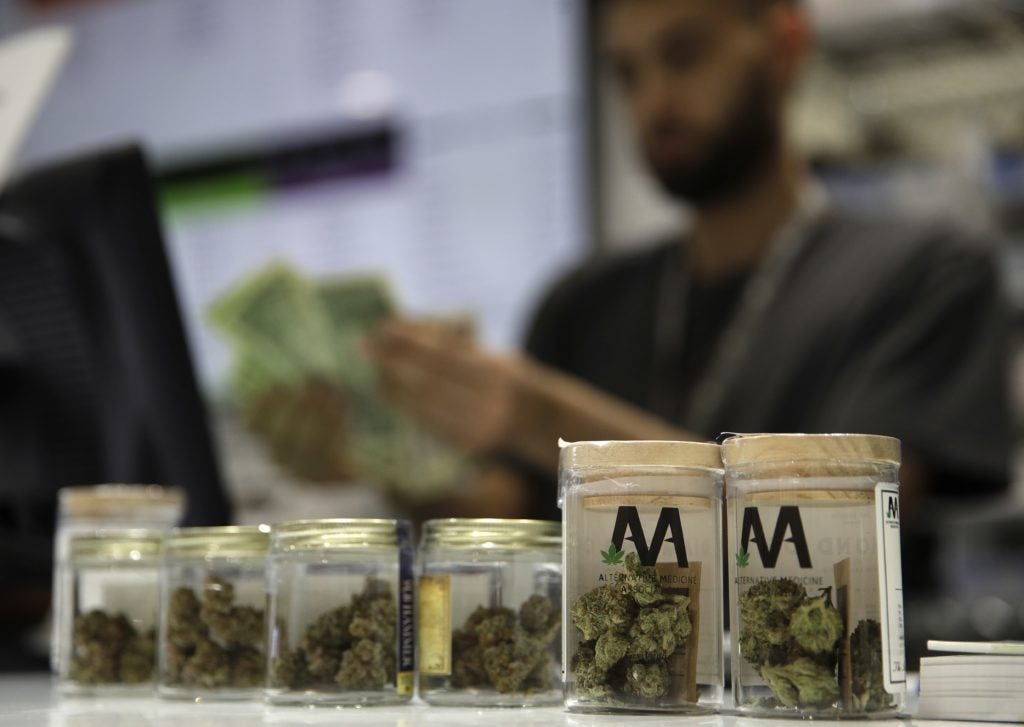 LOS ANGELES—Long lines snaked out of marijuana dispensaries in Nevada on Saturday, as the western US state became the latest to legalize recreational pot.

Nevada joins Colorado, Oregon, Washington and Alaska as states where recreational marijuana sales are permitted. While pot is legal in several other states, it is governed by complicated local laws and still illegal according to federal law.

Legal marijuana sales are sure to be a boon to the economy of Nevada’s largest city, Las Vegas, bolstering its reputation as an “anything goes” party town for millions of visitors from around the world.

“This is a game-changer for Las Vegas and tourism here as far as I’m concerned,” he told the Las Vegas Sun newspaper, adding, “Amsterdam on steroids.”

Destiny Diaz was in line for nearly three hours at the Jardin Premium Cannabis dispensary in Las Vegas, waiting for the law to go into effect at midnight on Saturday.

“It’s a great day and something people have been waiting a long time for,” she told the Sun. “We weren’t going to miss this.

Under Nevada’s new law, adults 21 and older can purchase up to one ounce (28 grams) of marijuana or up to one-eighth ounce of marijuana concentrates per day.

Las Vegas police posted a list of dos and don’ts in the newly marijuana-friendly state.

“Know the law! Here’s a few things to remember,” it said, pointing out that it is illegal to smoke or consume pot in public, to drive while high, or to give or sell it to those under age 21.