Singing champ out on bail 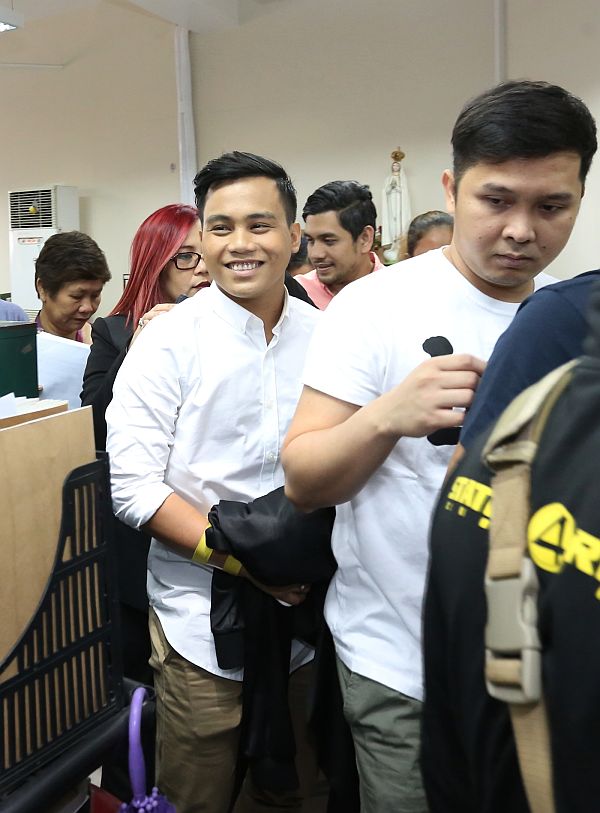 Belleza smiles as he is greeted by employees of the Palace of Justice, where he posted P120,000 bail for his temporary liberty.
CDN PHOTO/JUNJIE MENDOZA

Before posting bail, Belleza’s camp decided to waive their right to a preliminary investigation, which could have allowed them to invalidate the allegations lodged against their client at the prosecutor’s office.

Lawyer Leilani Villarino, the legal counsel of Belleza, said they will answer all the accusations in court.

“We now have the order of temporary release, and now, we just need to file our counter-affidavit,” she told reporters.

Judge James Stewart Ramon Himalaloan of the RTC Branch 7 has yet to schedule Belleza’s arraignment. Villarino expressed relief that the rape case lodged against her client was downgraded to sexual assault.

Unlike rape, sexual assault is a bailable offense.

Villarino told reporters yesterday inside the Cebu City Hall of Justice that Belleza will head back to Manila to continue his singing engagements.

The 21-year-old singer was arrested after he performed in the concert of noontime show host Vice Ganda last Saturday evening at the IEC Pavilion in Barangay Mabolo, Cebu City.

The arrest came after a 19-year-old local performer who also joined the Tawag ng Tanghalan singing competition reported to the Mabolo Police Station hours before the concert that she was allegedly raped by Belleza inside the condominium unit in Barangay Lahug where he was staying at 2 p.m. on Saturday.

Police investigations showed that Belleza and the victim knew each other and were textmates.