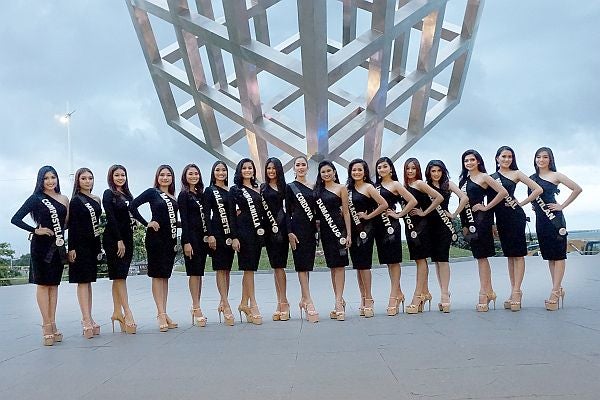 Binibining Cebu was officially launched last Aug. 29 at  SM Seaside City Cebu as the public got a glimpse of the 54 candidates during a press conference and presentation.

The ladies had  a chance to introduce themselves, answer questions from the press and strut their stuff onstage.

Starting in today’s issue, leading up to the coronation night on Oct. 28 at the Waterfront Cebu City Hotel and Casino, CDN will be featuring the ladies per batch.  Here’s the first batch: Apriel Smith (Badian), Maria Gigante (Bantayan) and Natasha Angela Manuel (Santa Fe).

NO LONGER a newbie in the world of pageantry.

She is not a newbie both modeling andin pageants. In fact, Apriel Smith already earned titles since 2011. Smith was crowned as Miss Dumanjug 2011, Ms. Cebu City Olympics 2012, Sinulog Festival Queen 2012 and Miss Badian 2015. 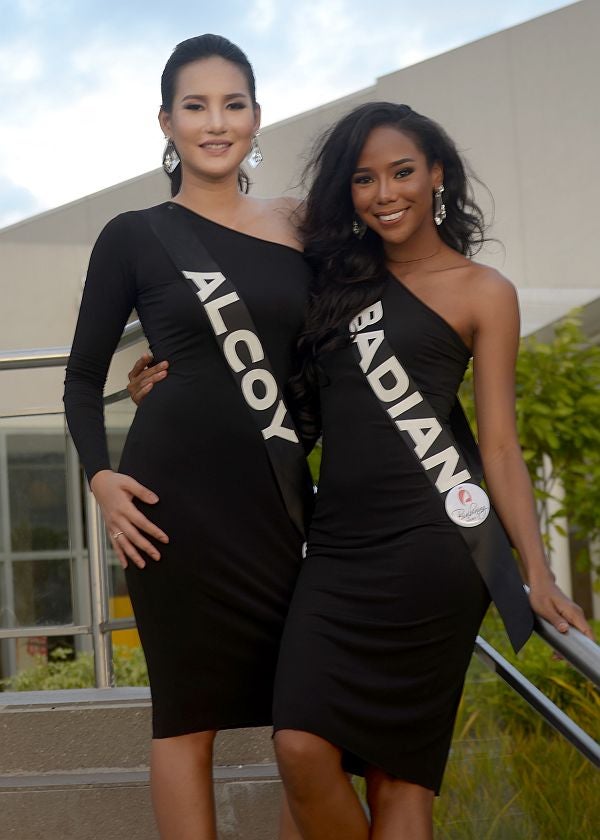 She was also one of the early favorites of Binibining Pilipinas 2016 and became part of the top 15.

At present, she is a professional model in Cebu and Manila.  Even if she already had the experience in the industry, Smith decided to join for her to be part in promoting not just Cebuana beauty but as well as the wonders of Cebu.

“My Binibining Pilipinas experience taught me a lot of things and I am confident that it will equip me to wear a crown,” Smith told CDN.

“It has already gained fame not just in the country but the whole world because of Kawasan Falls, Badian Island, mangroves, Lambug beach, and canyoneering. People welcome you with big smiles,” Smith added.

“It can be a great avenue in promoting municipality by capturing photos of Badian’s wonders and what it can offer,” she added.

Maria Gigante is no stranger to pageants, having been crowned Hiyas nan Carasscal 2016 in Carrascal, Surigao del Sur.

She joined Miss Cebu 2013 and won second runner-up. She was also one of the early favorites of Binibining Pilipinas 2016.

A model and events host, Gigante is finishing her degree in Bachelor of Arts in Philosophy at University of San Carlos. Even if she already experienced joining a national pageant, Gigante considers Binibining Cebu something new and different since she is representing the municipality of Bantayan. 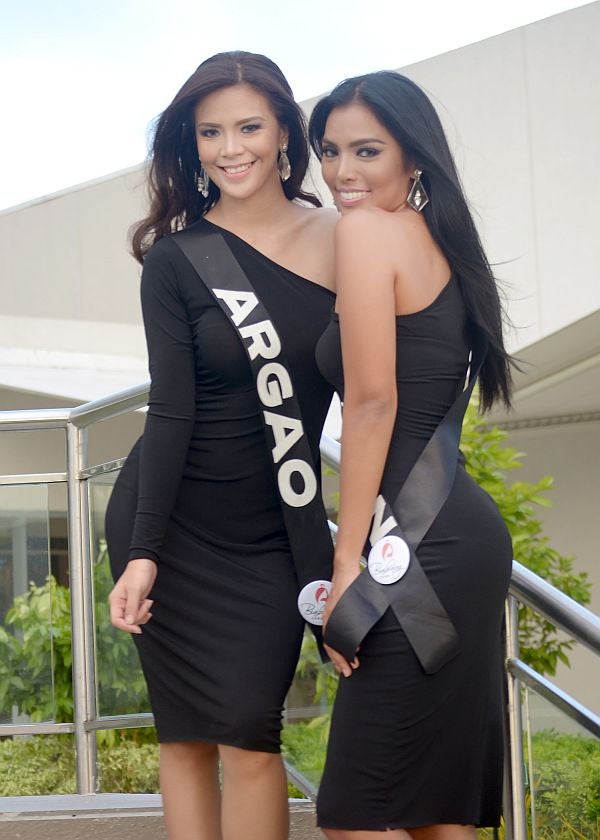 “A pageant of this scale and an opportunity this huge had never been made available for Cebuanas until now. When I lost the national pageant, I learned that I should have taken strength from the people I represent and the story that I came from, and I’m getting a chance to that now,” Gigante told Cebu Daily News.

She has known Bantayan and loved it since the day she first danced solo in the quadrangle during the town fiesta when she was three years old.  For Gigante, Bantayan extends to four entire barangays which take the face of at least 10 islands.

“I call them the Secret Islands, like the Secret Garden because the beautiful view and landscape of this magnificently rocky island are  only available to the outside world within certain times in the day and night,” Gigante added.

These are also inaccessible during low tide because of the shallow shelf they rest on.

“But if you make the trip, you will experience the fairy tale that I did swinging on a solitary ballet tree in an inhabited island, enjoy climbing the rocks, exploring the blowholes and caves with the fine sand on virgin beaches of Mambacayao and the fascinating scenery I call “toothbrush island.”

It will be as if you had ripped a page off for your imagination and pinned it to the horizon,” Gigante said.

If she would be given the chance to win and promote Bantayan and the entire Cebu, Gigante would do it through social media and the word of mouth with the will to promote local and international tourism.

“I urge you not to underestimate the power of a hashtag. I’ve used many of these to show my friends from around the world, the beauty of my home by simply searching the tag #Bantayan and then allowing them to scour my phone,” she added. 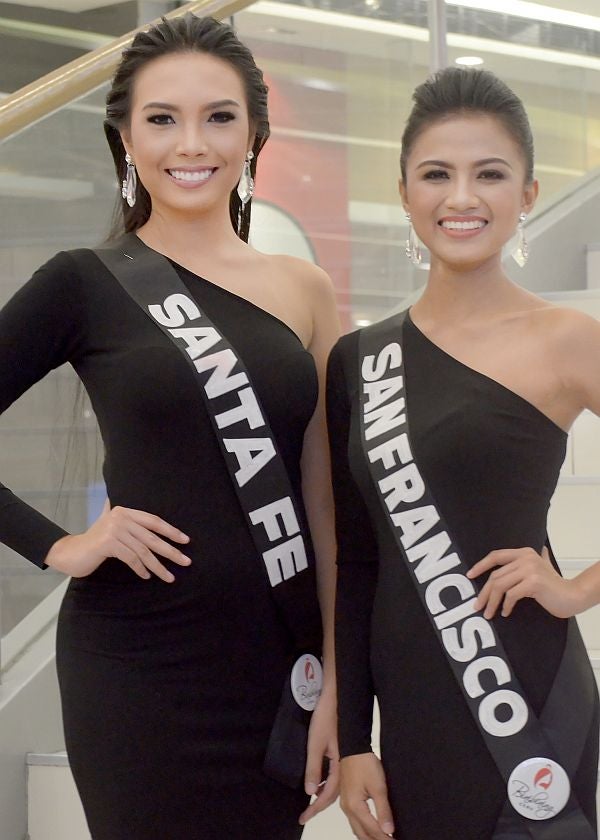 Natasha Angela Manuel has been joining pageants since she believes in the celebration of beauty.

She already won several titles before joining Binibining Cebu, including Miss School of Business and Economics 2012 (a school-based pageant in USC) and Jewel of the Philippines 2016. She was also the Philippine representative for Miss ASEAN Friendship 2017.

Joining both national and international pageants has taught her to value patience and perseverance.

Even if she already made it to national and international competition, Manuel decided to join Binibining Cebu because she wants to become the embodiment of beauty that is celebrated in a place she considers home, Cebu.

“Beauty is not only something that you have but is also something that you can do. In my own little way, I want to do something beautiful by making Binibining Cebu a platform to promote the majesty of Santa Fe and to make Cebu be rediscovered by the Philippines and hopefully by the whole world,” Manuel told CDN.

She finished  Bachelor of Science in Accounting Technology at USC and is currently working as Customer Service Assistant in Rizal Commercial Banking Corporation.

For Manuel, the town of Santa Fe is paradise because of its white sand beaches that can make one’s worries go away.

“You cannot help but be awed by the beauty that nature brings as you look at the vast ocean and seemingly endless pristine white sand shoreline.

But what tourists, both local and foreign, usually fail to see what lies in the hearts of Santa Fehanons,” she added.

How would she promote Santa Fe and the entire Cebu?  Manuel believes in the power of technology and social media as well as word of mouth so she will promote her town and Cebu through posting pictures of places, food, festivals, products, and people on her social media accounts.

By: Armin Adina
Faces of Cebu