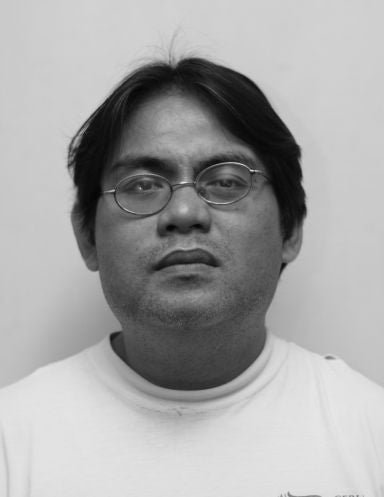 Who was it who said that parents should never have to bury their children?

That line came to mind when I learned about the murder of a female disc jockey, Marie Alexi “Maxi” Bolongaita, daughter of broadcaster Alex Bolongaita.

The basic details came in sometime in the afternoon with the arrest of the suspect, a certain Reynante Comendador Mambiar, who has supposedly gained notoriety for his record as a robbery suspect.

My condolences to the Bolongaita family, and may justice be served swiftly and decisively for their untimely loss.

Anyone who has monitored rallies and protest actions either in the news outlets or at the streets where they are held will notice that while every rallyist shares a common stand on a certain issue — for instance, yesterday was the 45th annual observance of martial law — a lot of groups take the opportunity to promote their pet causes in front of media and those in attendance.

Such was the case in yesterday’s rally in Cebu that was supposed to be against the spate of extrajudicial killings that occurred during the administration of President Rodrigo Duterte that the rallyists said were reminiscent of the strong man rule of the late president Ferdinand Marcos.

Among those in attendance were some militant transport groups who demanded that the national government abandon plans to phase out aging jeepneys which most of them own in favor of a modernized transport system.

I understand that these transport groups need the free publicity and they are not alone as other militants also push for their own agenda during rallies — i.e., lower tuition, universal access to education, nationalization of industries, land to the landless and so on — and yesterday was the opportune time to do so thanks to President Duterte’s declaration of September 21 as a day of protest.

Whether or not passersby listened to these other issues is another story, but yesterday’s rally was predominantly about the haunting ghost of Martial Law that the President is not too shy to brandish about as a Damocles sword over the heads of his critics.

While a lot of Filipinos rage against the summary executions of children by overzealous cops, elsewhere around the world, nations have been struck by natural and man-made calamities that tested both the resiliency and the faith of those who fell victim to its devastation.

The jury may still be out on how the Trump administration handled the destruction caused by Hurricanes Harvey and Irma, but news coverage of people being evacuated and of state and local governments mobilizing its resources to keep their constituents out of harm’s way speak volumes about American unity and solidarity in the face of adversity.

True, they may have a president who is the most unpopular to date, but that was no hindrance for them to help each other out — there are of course exceptions like that Joel Osteen incident in which the American televangelist was forced to open his church to accommodate flood victims after roundly being criticized by netizens.

We Filipinos also have that same strong sense of altruism and charity as evidenced by the hundreds of millions of pesos’ worth of aid both ordinary citizens and businesses donated to victims of Super Typhoon Yolanda four years back.

But for every heartwarming and faith restoring story about Filipino generosity, compassion and charity in times of crisis, there’s always some local public official trying to squeeze himself/herself into the picture and claiming credit as well as donations intended for victims so he or she can distribute it in order to gain free media mileage in aid of reelection.

Filipinos have responded to such brazen self-promotion by rejecting said officials on election year. Let’s hope that more of their ranks disappear by the time the next national and local elections come in 2019.