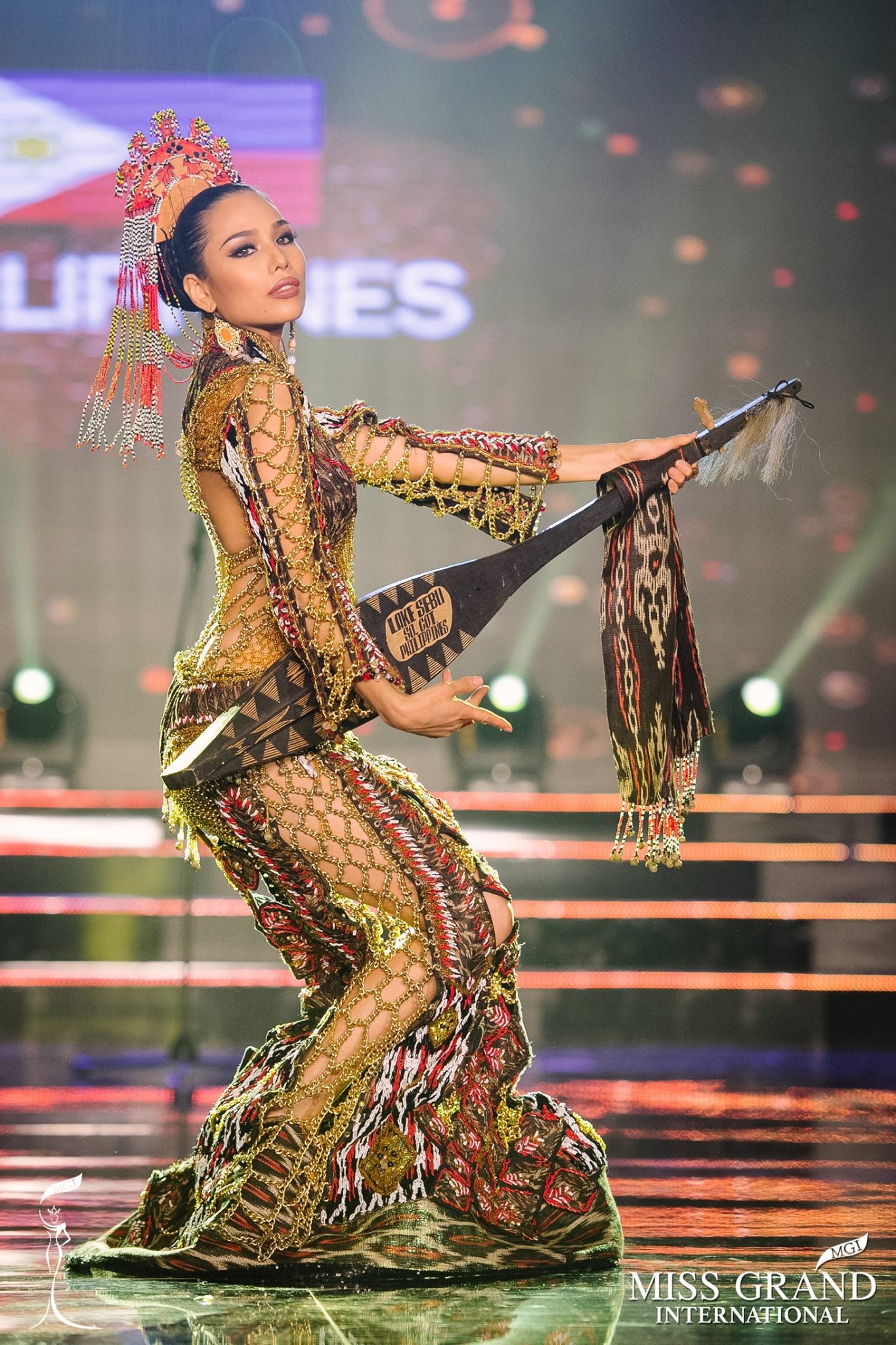 Clenci through her Instagram posts explained why she chose a T’boli princess inspired costume. “

Not many people know much about Mindanao. Now, if they do, they see images of war and conflict. I wanted to pay tribute to the true beauty and representation of just one of the many beautiful cultures in Mindanao,” Clenci captioned her photo.

Her national costume, made of Tinalak fabric with hand-beaded details, was designed by Jearson Demavivas and weighs 10 kilos.

Demavivas on his Instagram account (@jeaesond) explained that the costume represents of a modern T’boli princess in haute couture and uniquely designed guitar called “egulung.”

“The Philippines’ T’boli takes pride in its Tinalak fabric which designs are spawned from the dreams of the weavers. This has brought out the name of its province, South Cotabato, as Land of the Dreamweavers,” he said.

He added that the design of the national costume represents the cultural structure of the T’boli tribe along with the colors and intricate beadwork which speaks of a careful yet impressive art.

Demavivas thanked Clenci for showcasing the rich culture of Filipinos on the international stage.

Miss Grand International 2017 coronation night will be on October 25 at Vinpearl Phu Quoc Resort and Villas in Vietnam.