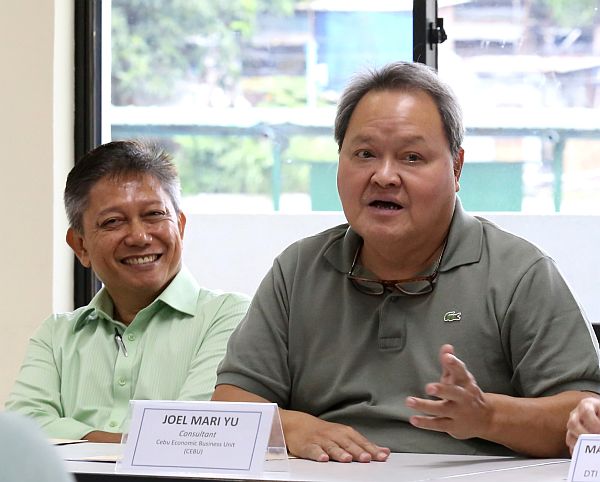 UNSOLICITED proposals like that of JG Summit Holdings Inc. for the South Road Properties (SRP) are still a better way of marketing the reclamation area, an official said yesterday.

According to Joel Mari Yu, point person of Cebu City Mayor Tomas Osmeña on business and economic development concerns, they had been working on the project for some time now.

“In my opinion, this proves two things — that Mayor Osmeña knows exactly what he’s doing, and that an unsolicited proposal approach is better than just open bidding,” Yu told Cebu Daily News.

He claimed that disposing of the SRP lots through unsolicited proposals is more strategic than merely raising money by selling the lots through a public bidding where the highest bidder gets to own the lot and use it for their own purpose.

“When you openly bid land, you cannot dictate on the winning bidder or owner what to do with the land. With unsolicited proposals, you can choose what is consistent with the development goals of the city,” Yu explained.

They will develop the area to have a hotel with 1,000 rooms, a restaurant, a casino and a convention center, among others and will give the city a share of revenues between 10 to 15 percent. This on top of providing 8,000 local jobs.

Yu said this kind of proposal would bring development for Cebu City rather than just selling lots to highest bidders.

“That spells the difference between strategic thinking rather than just raising money,” he said.

The city government though is already planning to sell another three-hectares of the SRP through public bidding with a floor price of P110,000 per square meter.

Osmeña earlier said that the JG Summit proposal would be expected to raise competition and the value of the SRP lots.

“Definitely (it will increase the appraisal of the SRP lots), that is the most unquestionable thing with this. The effect of a mega project like this will have an immediate impact on the real estate of all available land in the SRP, obviously,” Yu said.

Some opposition councilors said though that while they support any development in the SRP, the mayor is being “selective” and is playing favorites in dealing with investors in the SRP, especially since he is pursuing to rescind the earlier sale of the 45.2 hectares of SRP lot sold by the previous administration in 2015.

When sought for comment, former mayor Michael Rama also said that he would support anything that would be good for the city.
But he said a huge proposal like that of JG Summit would need scrutiny.

“If it’s going to be good for the city, why not? But a casino in the SRP? I don’t know if that’s in line with the dos and don’ts because there are things that can be and cannot be done in the SRP. We have to look back at what ought to be done and why a loan was extended,” Rama said.

He added that Barug Team Rama is also looking at many other concerns in relation to the SRP including the prepayment of the SRP loan, and blocking the plan of the current administration to rescind the sale of the SRP lots in 2015.

Read Next
Culture of preparedness sets in Cebu