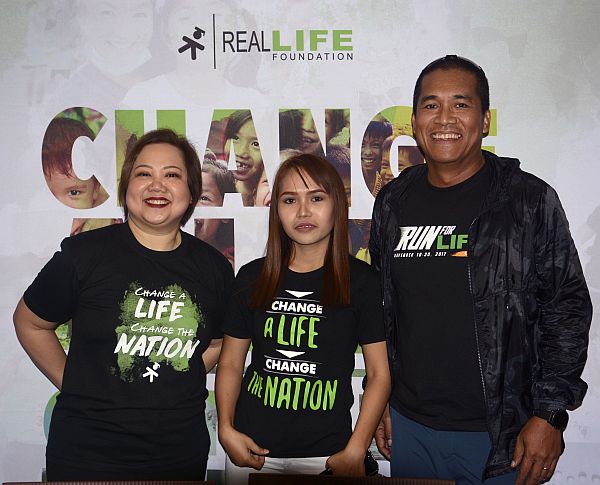 THROUGH his love of running, running pastor Ferdie Cabiling was able to help 30 students in Cebu alone earn their degrees with the financial aid of Real LIFE Foundation.

Recently, the foundation produced its first summa-cumlaude in Jireh Bautista who graduated with a bachelor’s degree in computer science last March at the Cebu Institute of Technology-University

Cabiling hopes to help more people as he aims to test his endurance by running 50 kilometers a day for 10 days in the Run for Life Cebu which will start at 12 midnight today.

The race which will start and end at the Cebu Provincial Capitol grounds will cover the whole part of northern and southern Cebu and is expected to end on November 30.

“I started joining runs and marathons and then someone challenged me if I can do a 100-kilometer race so I accepted it. As a citizen, a pastor and a runner, I find a sense of adventure to what I’m doing,” Cabiling said.

His biggest achievement came in 2015 when he ran more than 2,200 kilometers across the Philippines in less than 50 days at the age of 50 to raise awareness and funds for the scholars of the Real LIFE Foundation.

Open to the public

The race will be open to the public only on November 30 for participants in the 50k, 10k, 5k, and 3k distances.
Interested parties may register starting today at J Centre Mall, Robinsons Galleria Cebu, and 3/F South Town Centre.