Teacher Erwin: Against all odds 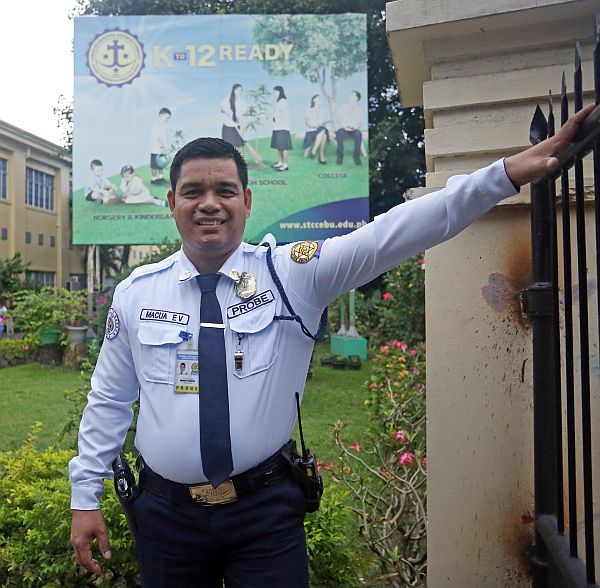 The guard house at St. Theresa’s College (STC) Cebu City has been his “second home” for about 20 years. It has witnessed how he greeted students, parents and teachers coming in and out of the school premises, how he worked on his assignments while in his security guard uniform, and how he survived all the hardships of being a student and a worker.

But Erwin Macua may soon have to bid farewell to his second home, as he embarks on another journey as Teacher Erwin.

“Pag gabii before sa result, wala ko nakatulog. Grabe gyud akong kulba kay pwerteng lisora sa exam. Nakulbaan ko nga dili ko kapasar (The night before the result was released, I was not able to sleep. I was very nervous because the board exam was really hard. I was scared that I might not pass it),” he said.

Many know of Macua’s story and how he survived four years of being a full-time student at STC while also working 12-hour shifts as one of the school’s guards.

But Macua said he will never get tired telling his story again and again if only to share something significant to others who also dream of finishing studies despite poverty.

Macua has been working as a security guard at STC for about two decades now after moving to Cebu from Trinidad, Bohol.

Macua originally took up Civil Engineering in Tagbilaran but quit when his parents could no longer afford to pay for his school requirements.

“Nilarga na lang ko og Cebu aron mangita og trabaho kay mura nako og na-discourage nga nakaundang ko og eskwela. Akong huna-huna ato kay murag sa ako na lang mga anak unya ko maningkamot kay murag imposible nga maka-eskwela pa ko og balik (I left for Cebu to find work because I was discouraged that I had to stop schooling. I thought at that time that I would just work hard so that I can afford to send my future children to school. I really thought that it was impossible for me to study again),” said Macua, who now has three children. 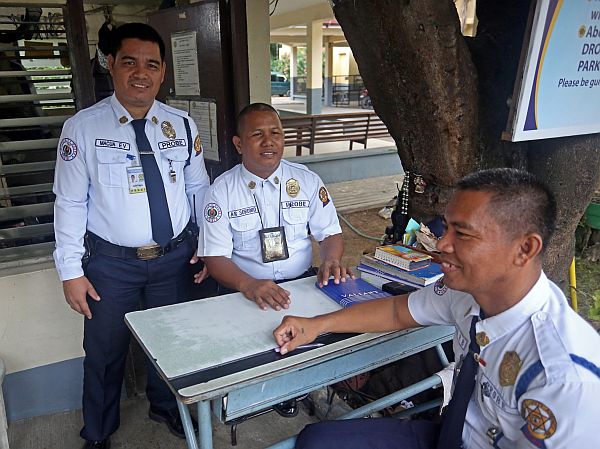 But it was the achiever in him — having graduated valedictorian in elementary and high school in Bohol — and his love for his family that pushed him to get back on his feet and continue his dream.

In 2013, about 17 years after he dropped out of his civil engineering course, Macua took the chance to enroll in a Bachelor of Elementary Education class in STC.

“Una nilang giingon nako kay Social Work nga course. Mao daw bagay sa akong edad. But niana ang madre nga pwede daw ko mokuha og Education so mao akong gituman (They first told me that a course in Social Work would fit my age. But a nun told me to take up Education so that’s what I followed),” he said.

Macua studied in STC with a 50 percent discount.

But many people — STC alumni and parents — who saw the security guard’s determination to graduate helped finance his tuition and other school fees.

With his desire to show his gratefulness to all those who believed in him, Macua studied hard and was a consistent dean’s list all throughout his college years.

Among other things, studying hard for Macua meant having less or even no time to sleep, not going home to his family and doing his school work inside the guard house or the school’s maintenance room.

It was a real struggle, Macua said, but he had big dreams to achieve and giving up was not an option.

On his graduation day, he celebrated his success with his mother and his wife. 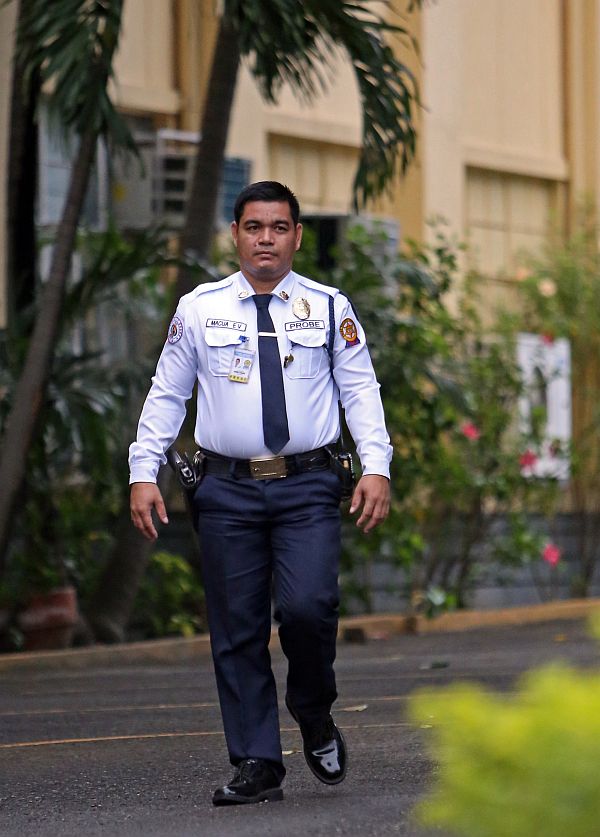 Studying for the board

Hoping to succeed in the teacher’s board exam, Macua enrolled in STC’s review center after his graduation.

He spent a month reviewing at STC, with the expenses paid for by generous donors.

Macua took more review sessions outside of STC for three months after a review center in Mandaue City called him up and offered to take him in for free.

Macua took the opportunity to learn and prepare himself more for the board exams in September.

And yes, Macua did all these while still working as a security guard at STC.

Now that he has passed the board exam, Macua plans to teach math to elementary students at STC or in any school where he thinks he can best impart his knowledge and experience.

But before anything else, Macua said he will first visit the Simala Shrine in Sibonga, southern Cebu, to thank Mother Mary whom he believes is the main reason for all his success.

“Si Mama Mary gyud ang naghimo aning tanan. Grabe ang akong pag-ampo ug pagsalig niya. Maong gusto gyud ko nga magpasalamat niya (Mama Mary is the reason behind all these. I really prayed fervently to her. That is why I really want to thank her),” he said.

Bringing with him all the learnings, experiences and a heart full of gratitude and determination, Guard Macua is now ready to take on a role he had longed to play — that of “Teacher Erwin”.

Read Next
Hope for our land