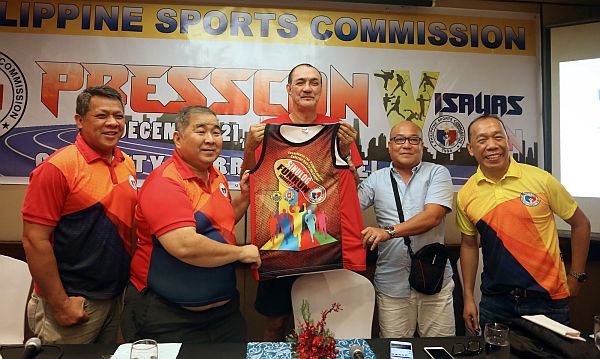 A year since he was appointed by President Rodrigo Duterte as Philippine Sports Commission (PSC) commissioner for Visayas, PBA legend Ramon Fernandez has surely made a mark in his fight against corruption in the country’s sports scene.

One of the notable works of Fernandez this year was his fight to oust Philippine Olympic Committee (POC) president Jose “Peping” Cojuangco.

Cojuangco won a fourth term as POC chief in a controversial elections last November 2016. In that poll, Cojuangco, whom Fernandez accuses of mishandling PSC’s funds, run unopposed after the POC election committee disqualified Ricky Vargas, head of the Association of Boxing Alliances of the Philippines (Abap), on the ground that he was not an “active member” of the body.

But the PSC got a break recently after a Pasig court declared the 2016 elections that gave Cojuangco a fresh four-year term as POC president null and void. It said the POC was wrong to disqualify candidate Vargas over a technicality. Another election was ordered to be held on February 23.

Fernandez, though, knows the battle isn’t over.

“We all know what’s going to happen there. They (Cojuangco’s group) will only join and file a motion for reconsideration and if they lose, they will file to the court of appeals. I don’t think Mr. Cojuangco will just give up that position. Definitely he will not step down. But I am hoping that the International Olympic Committee learns about this anomaly,” Fernandez said.

Fernandez also recently helped uncover anomalous distribution of allowances for the national team athletes under the Philippine Karatedo Federation (PKF), which is now being investigated by both the PSC and the National Bureau of Investigation (NBI).

He also filed a written request to the Commission on Audit (COA) to look into the financial assistance PSC provided to POC from 2010 to 2016 amounting to P126-million, which he believed was mishandled and has not benefited the athletes.

Aside from helping clean up the sports scene in the country, Fernandez, a four-time PBA MVP, has also paved the way for athletes from the south to be given more attention.

“When I accepted this job, I made it clear to chairman Butch Ramirez that I want to be assigned in the Visayas because we want to go down there. Unlike before, all the commissioners of the PSC are only staying at the Rizal Memorial stadium, going out every now and then. You can hardly see NSA’s going to the provinces. I wanted to make sure that I will be around this area,” Fernandez said.

And he immediately went to work, helping Cebuana Olympian Mary Joy Tabal get reinstated to the Philippine track team.

Another project of his was the PSC Children’s Games, which was initiated by PSC chairman William “Butch” Ramirez.

So far, the Children’s Games has visited five key cities in Cebu: Talisay, Naga, Carcar, Danao and Cebu City. It is an introductory sports program for kids aged 12 below.

It also strengthened the implementation of Executive Order No.63 or the “Creation of the National, Provincial, City, Municipal and Barangay Physical Fitness and Sports Development Councils (PFSDC)” by visiting various LGU’s around the Visayas.

“We approved several projects from the PSC board including a P15-million assistance for the Cebu City Sports Center (CCSC) that will undergo renovation to strengthen our grassroots program starting next year. This will be our support for the Cebu City Sports Commission which I believe is one of the very mature sports commission out there as far as coming up with programs in grassroots,” said Fernandez.

His plans for the Visayas continues in 2018 with the staging of the first Visayas Open, a seven-leg multisporting event that will be held in different venues in the Visayan region throughout the year. Fernandez conceptualized the Visayas Open.

This program aims to scout talents from the Visayas aged 22 below who can become future Olympians.