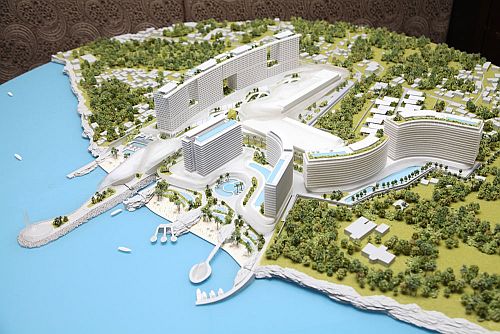 The development of 3- and 4-star hotels at resort destinations across the Philippines will be more visible over the next two to three years on the back of a vibrant services sector amid the country’s robust economic growth, a property management and research firm said.

According to Colliers International Philippines, most of these projects will be built in Cebu, which is among the most visited destinations outside of Manila.

“Rockwell and Filinvest are developing new facilities while Ayala Land will operate the former Cebu City Marriott Hotel under the Seda brand next year,” Colliers said in its property report titled “Forecast-beating GDP to fuel property” released on December 15.

Furthermore, The Ascott Limited is also planning to open Citadines Cebu City in 2019 and Somerset Gorordo by 2021, while Double Dragon has disclosed plans to build Jinjiang hotels.

“The 23-Minore Park Hotel with an estimated cost of P500 million will break ground on February 2018 and will be completed on the third quarter of 2019,” said Lydwea Eco, Durosland Properties Corp. business director, in a text message on Friday.

As for the Udenna’s integrated casino resort project, according to Pagcor.ph (the Philippine Gaming Corp.’s website), the P17 billion ($340 million) casino-resort project broke ground in August 2017 and would rise in a 12.5 hectare beachfront in Mactan Island in Lapu-Lapu City.

The multi-billion peso project is targeted to be completed in three years.

According to Pagcor.ph (the Philippine Gaming Corp.’s website), Udenna’s P17 billion ($340 million) casino-resort project broke ground in August 2017 and will rise in a 12.5 hectare beachfront in Mactan Island in Lapu-Lapu City. The multi-billion peso project is targeted to be completed in three years.

Colliers also said that the country’s property sector remains upbeat as it is fueled by a robust macroeconomic environment.

The Philippine economy, as measured by real gross domestic product (GDP), accelerated by an impressive 6.9 percent in the third quarter of 2017, beating the forecasts of several analysts.

The growth clocked during the period is faster than the 6.7 percent posted in the second quarter and slower than the 7.1 percent recorded in the same period last year, which benefited from spillover effects of election spending.

Year-to-date growth stands at 6.7 percent, well within the government’s projects of 6.5-7.5 percent and Oxford Economics’ forecast of 6.6 percent.

The research firm said the country remains as one of the fastest growing economies across Asia, outpacing China’s 6.8 percent and Indonesia’s 5.1 percent and only behind Vietnam’s 7.5 percent.

“The better-than-expected GDP helped sustain growth in the country’s real estate sector during the period under review,” Colliers added.

Colliers cited that the Other Services sub-sector, which covers hotels, restaurants, and recreational and cultural activities, grew by 7.7 percent in the third quarter of 2017, up from 6.8 percent in the same period last year.

The Hotels and Restaurant sub-sector continues to drive consumer spending in the country, rising by 4.4 percent from 4.2 percent recorded a year ago.

“This indicates that Filipinos continue to apportion a fraction of their disposable incomes to restaurants, hotels, and other leisure-related activities,” Colliers said.

Latest data from the Department of Tourism (DOT) reveal that foreign arrivals from January to October this year reached 5.47 million, up from 4.9 million during the same period in 2016.

Of the 2.98 million tourists who visited Central Visayas between January and June this year, 2.25 million came to Cebu.

Colliers noted that new airport infrastructure is essential in further expanding both local and foreign tourism.

“Colliers believes that the development of international airports in major destinations such as Bohol, Bacolod, Iloilo, and Davao will allow foreign tourists to bypass Manila,” the firm said.

The firm added that this should raise tourist arrivals in the country, which will result in higher hotel occupancy rates and thus entice local and foreign businessmen to ramp up their leisure-related investments here.

Read Next
Year of bloodshed, year of peace