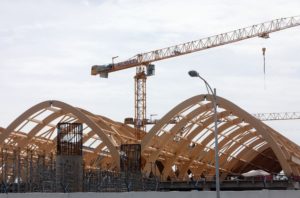 Cebuanos are encouraged to work harder this year to nurture all the possibilities brought about by the abundant economic opportunities in 2017.

Melanie Ng, Cebu Chamber of Commerce and Industry (CCCI) president, made this call amid the opportunities presented by the strong economic performance of the country, with a 6.9 percent growth in the economy in the third quarter alone, and in Central Visayas, which posted growth in the first six months of the year.

Ng said investors are becoming more bullish, particularly in the economy of Central Visayas and Cebu, amid all the noise that have disturbed the Philippines in the past year.

She was referring to the growth of the region’s economy in 2017 amid the Abu Sayyaf encounters in Bohol last April and the five-month Marawi siege which started in May last year.

Ng said both the private sector and government have work cut out for them in 2018, during which they are expected to follow up on the foundation they have planted in 2017.

“We were busy capturing all the opportunities and building networks in 2017. We expect even more work next year, but we are still very upbeat and optimistic,” Ng added.

Preliminary indicators suggest that the regional economy continued to expand in the first six months of 2017.

NEDA Central Visayas Director Efren Carreon said that even industries that did not perform well in the previous year such as exports and agriculture registered gains during the period.

He also said that the major economic drivers in 2017 in the region like tourism, information technology-business process outsourcing, retail trade and construction industries would continue to propel the regional economy this year.

Export earnings of Central Visayas in the first semester of 2017, for one, increased by 30.2 percent. The region’s agricultural production also rose by 8.7 percent with crops leading at 10.9 percent. Unfortunately, Carreon said, the fishery sector went down by 7.8 percent due to a slowdown in seaweeds production.

The NEDA-7 chief added that the region’s tourism industry remained resilient despite the occurrence of negative events during the covered period, such as the terror attacks in Bohol.

“The incidence did not affect the performance of the region’s tourism industry as tourists, especially from Asian countries continued to travel to the region despite negative travel advisories issued by some countries,” he said, citing the 11.2 percent increase in foreign visitor arrivals.

Carreon noted that the construction industry continued to benefit from the bullish outlook of investors on the region’s tourism, IT-BPM, and retail industries.

NEDA data shows that during the first half of 2017, the region recorded a 31.7 percent and 24.4 percent increase in the volume and value of new non-residential construction projects, respectively.

“This would indicate higher demand for commercial and business spaces,” Carreon explained.

Two of the biggest government-support infrastructure projects in the region, namely the MCIA Terminal 2 and the new Bohol Airport in Panglao, are now in full swing and are due for completion in the middle of 2018.

Carreon said these two infrastructure projects are expected to boost the travel industry and would have a positive impact on tourism and allied industries.

Furthermore, the sustained growth of the regional economy also had a positive impact on employment.

He added that the region’s tourism industry will accelerate its growth momentum with the opening of two major infrastructure projects, thereby increasing international flights that would lead to an influx of visitors as well as bigger tourism expenditures.

Aside from that, Cebuanos are also encouraged to gear up this year for the targeted completion of the new terminal 2 of the Mactan Cebu International Airport, the start of third Cebu bridge project, and the multi-billion projects for Cebu under the government’s Build, Build, Build program, which are expected to take off with the implementation of the new tax reform law.

Glenn Soco, Mandaue Chamber of Commerce and Industry (MCCI) president, said that 2017 was a breakaway year for the Philippines.

“Growing at 6.9 percent in the third quarter is an indication that we have strong economic fundamentals. It’s just about to get better with tax reforms and the Build, Build, Build program of the government,” Soco said.

President Rodrigo Duterte earlier promised an overhaul of the country’s tax code, his economic team eventually coming up with the first package of the Tax Reform for Acceleration and Inclusion (Train) bill.

The Train bill, which was signed into law last month, is said to be crucial to funding most of the administration’s “Build, Build, Build” infrastructure program, where the government plans to spend P8 trillion to P9 trillion between 2017 and 2022.

Set to be implemented on January 1, 2018, the first tax reform package is expected to generate P130 billion.

Soco said he is particularly excited about the construction of the P50-billion Metro Cebu Expressway project and P23-billion third bridge project, both of which are set to begin sometime in 2018.

Soco added that the tax reform program could also expect a boost from the government’s initiative to help micro, small, and medium enterprises (MSMEs) grow.

“If that sector will be supported, revenues of government will improve since MSMEs will be able to pay more taxes, provide more job opportunities, and take the benefits of economic development to the grassroots,” he said.

The MCCI president said Cebu would still maintain its status as a premier province but stressed the need for stakeholders to “get our act together to achieve stability.”

“It’s a good thing that we have very strong private sector support so there’s just a need to balance. If everybody works together for more support from the national government, Cebu will get a bigger chunk of its programs,” he added.

The growth of the Philippines is within reach, he added, and that it is up to the local economies to capitalize on these opportunities.

Other provinces such as Iloilo and Negros Oriental are starting to step up, something which should challenge Cebu.

“Growth in Cebu has expanded to the towns and cities across the metropolitan. In terms of planning, it’s really hard to have a common and defined plan if you don’t have all political leaders aligned. This also goes with the private sector,” he said.

Soco said the strength of Cebu lies in its private sector, which is very aggressive in lobbying for projects to government.

He said government takes too long to plan and implement, adding that what Cebu needs is a good plan.

The next challenge, however, is how to get everybody agree to that plan and stick to it, Soco said.

“Momentum has already been established. It’s just a matter of coping and fast-tracking in terms of policies and infrastructure development,” he said.

Joseph said 2017 was still a good year despite the Marawi and Bohol scares, adding that this highlights the need for peace and order to build on the economy’s gains, subject to sound and good governance.

Next year (2018), he added, also looks promising and that he hopes the growth of foreign direct investment (FDI) seen in 2017 will continue to cascade into 2018, especially after the upgrade.

However, he said it looks like inflation may hit 5 percent and prices will rise due to inflationary pressure, new taxes, and the continued depreciation of the Philippine peso.

“It will not be easy. If we hurdle 2018, then the stage will be set for another boom, barring international or local political considerations,” said Joseph. (Next: Tourism, IT-BPM, Construction sectors)