‘My Perfect You’ earns 10M on opening day 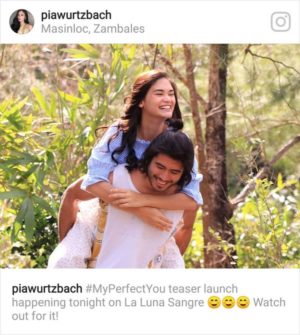 GERALD Anderson and Miss Universe 2015 Pia Wurtzbach’s first movie together had a good turnout on its first day.

”My Perfect You” earned P10 million on its opening day last March 14, Wednesday.

In the film, Anderson plays as Burn, a distraught guy who checks in at Happy Sunshine Camp, a resort run by Abi played by Wurtzbach.

“My Perfect You” is directed by Cathy Garcia-Molina and produced by Star Cinema.

This is the second film of Wurtzbach after winning the Miss Universe 2015 title.

The first one was “The Revenger Squad” which topped the Metro Manila Film Festival (MMFF) in 2017.

“Thank you so much,” Wurtzbach said.

In a video shared by Star Cinema, Anderson invited his fans and followers to watch their film.