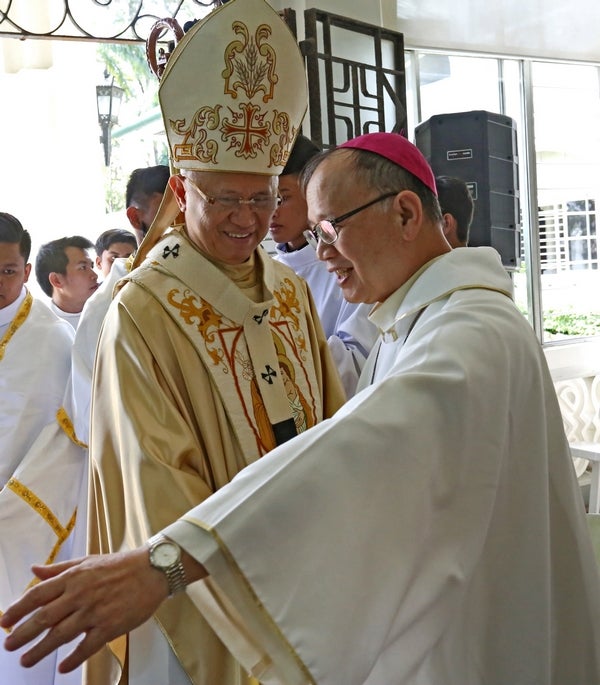 Cebu Archbishop Jose Palma has two wishes as he turned 68 on Monday: peace and end to the spate of killings in the country.

“Deep in our hearts is a prayer for peace,” he said in an interview after he presided over the Mass at the Archbishop’s Residence chapel.

The prelate said the series of murder has become alarming and there is a need to remind people about the sanctity of human life.

“It’s always sad to hear about the series of killings. The Church has always been very critical of all types of killings which is not in accordance to God’s plan,” Palma said.

“It is our prayer that we respect life. Any form of killing is certainly a source of sadness and sorrow,” he added.

Palma celebrated the 10 a.m. Mass on the occasion of his birthday which falls on the Solemnity of Saint Joseph, husband of Mary and patron of the universal Church.

Concelebrating with him were Auxiliary Bishop-Emeritus Antonio Rañola, Apostolic Nuncio Emeritus of Korea Archbishop Osvaldo Padilla, and some priests and lay faithful.

Also present were Palma’s family and relatives from Iloilo and members of the different lay movements in the Archdiocese of Cebu.

In a speech he delivered after a simple lunch at the Filipiana Hall, Palma thanked the Cebuanos who, he said, have been very cooperative and supportive especially in the different events of the Church.

“Even before I came, I knew you would all be part of my journey. As we journey further, I ask you to continue the same love and mission for the sake of Cebu,” Palma said.

The native of Dingle town in Iloilo said he is “happily stranded in Cebu” and there’s no way he will be able to return to Iloilo since Pope Francis already appointed a new archbishop there.

“So I am happily staying in Cebu, and perhaps I will be serving here (until retirement),” he said with a huge smile on his face.

Palma was appointed by Pope Benedict XVI as the archbishop of Cebu in 2010 to replace Archbishop Emeritus Ricardo Cardinal Vidal whose retirement was approved by the Vatican.

Palma assumed as archbishop of Cebu on Jan. 13, 2011. He became the president of the Catholic Bishops’ Conference of the Philippines before he chose to forego reelection so he can focus on the preparations for the International Eucharistic Congress that was held in Cebu City in January 2016.

Palma is currently processing the possible beatification of the late Archbishop Toefilo Camomot, a native of Carcar City, south Cebu, who was known for his extreme generosity and love for the poor.

Cebu, he said, is also preparing for the 500th anniversary of the introduction of Christianity in the Philippines to be held in 2021.