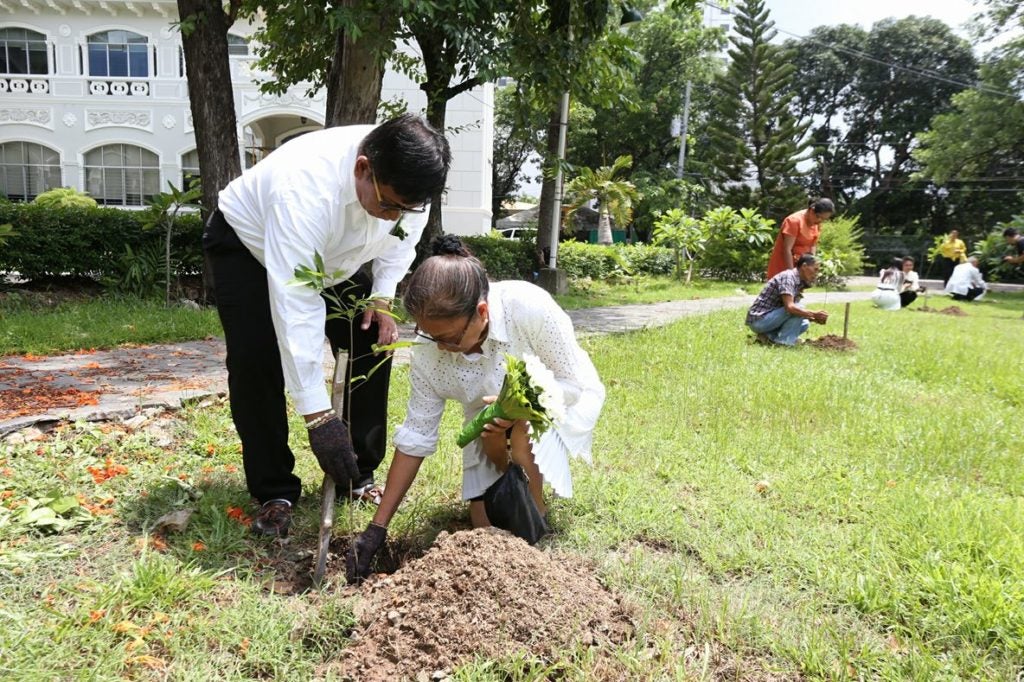 They are not only committed to each other.

At least 22 couples on Tuesday also expressed their concern for the environment as they planted seedlings after they renewed their wedding vows at the Most Sacred Heart of Jesus Church in Cebu City.

The activity was part of the “eterni-Tree” program of the Cebu Archdiocesan Commission on Environmental Concern (CACEC).

In his homily, Apostolic Nuncio Emeritus of Korea Archbishop Osvaldo Padilla challenged families to care for the environment and to be God’s hands in protecting creation.

“To violate the natural laws of the environment is a great sin towards creation. It is an act of selfishness to destroy or degrade what God the creator has given us,” he echoed the words of Pope Francis.

After the Mass, the couples proceeded to nearby Archbishop’s Palace grounds where they planted seedlings.

Fr. Murphy Sarsonas, the chairperson of CACEC, said the seedlings were from the Department of Energy and Natural Resources-Environmental Management Bureau (DENR-EMB),

“Through them, the tree begins new life and that new life brings with it their love,” he said.

The Archdiocese of Cebu has vowed to plant at least half a million trees as part of its commitment to preserve the environment and in preparation for the 500th anniversary of the arrival of Christianity in the Philippines in 2021.

All Catholics and even non-Catholics were invited by the archdiocese to plant trees in Cebu whenever they celebrate weddings, baptisms and other important milestones in their lives / Laksmi Cañedo, CNU Intern