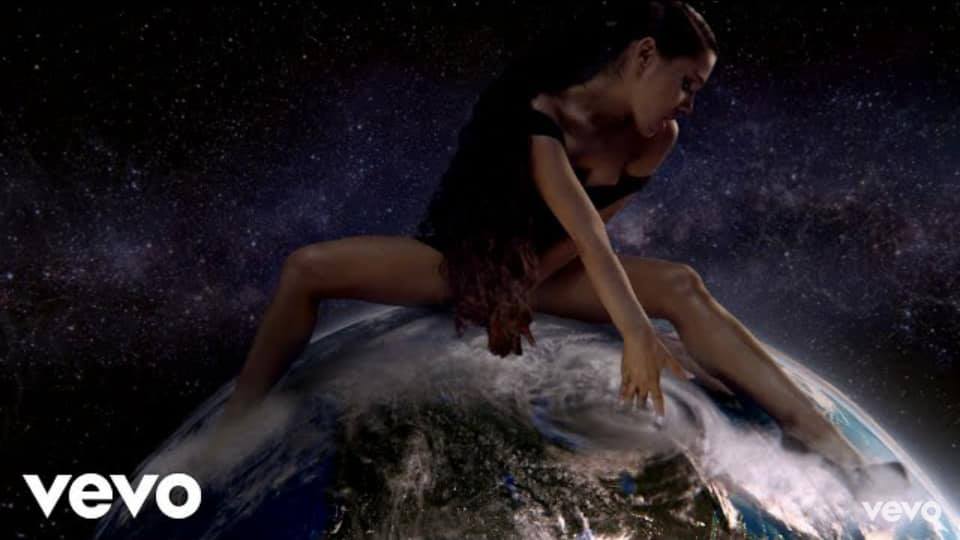 If you think “No Tears Left To Cry” was lit, then you better check out “God is a Woman”.

Singer Ariana Grande just released the video for her latest single ‘God is A Woman’ which is taken from her anticipated forthcoming album ‘Sweetener’.

At the start of the four-minute clip, we see Grande in space, sitting on top of Earth and a galaxy of stars wrapped around her waist.

On another scene, Grande appears to reference online and verbal abuse women receive from men when a book unfolds and a giant version of her, having words “fake”, “dumb” and “slut” thrown at her by five men, which bounced off.

Grande can also be seen wearing a helmet and an arm sleeve with “power” written on it, wielding a sledgehammer.

She then recites a Bible passage: “and I will strike down upon thee with great vengeance and furious anger, those who attempt to poison and destroy my sisters. And you will know my name is the Lord when I lay my vengeance upon you.”

The video was directed by Dave Mayers, who created her video for No Tears Left To Cry.

She previously explained on Twitter that the song is a “sexual female empowerment and how women are literally everything and the universe is inside us.”

The song prominently features the lyrics: “When all is said and done, you’ll believe God is a Woman.”

The video reached six million views as of press time.