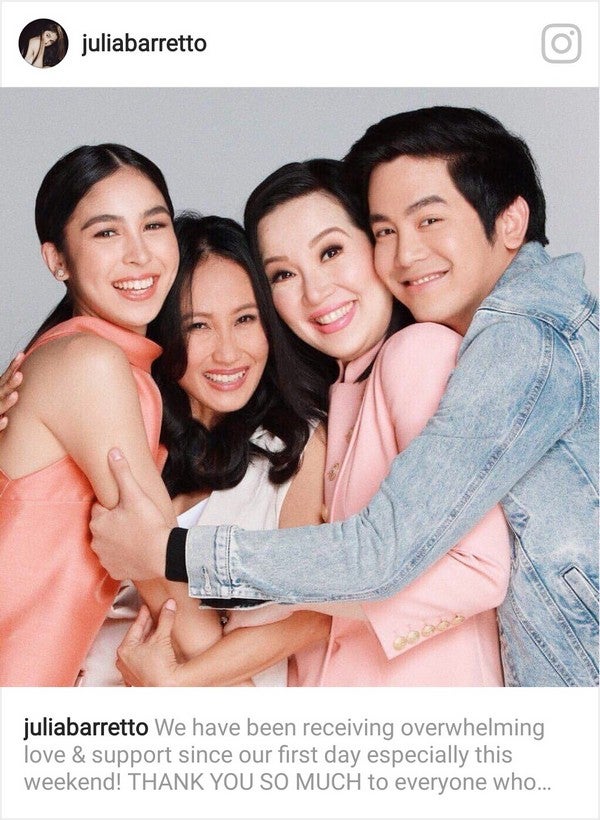 GISELLE Andres’ film “I Love You, Hater” has earned P40 million as of July 15 since it opened in Philippine cinemas on July 11.

“I Love You Hater” is topbilled by Julia Barretto, Joshua Garcia, and Kris Aquino.

Barretto, in an Instagram Story, thanked her fans and followers for the support.

“Give thanks to the LORD, for he is good; his love endures forever, – Psalm 118:29. As of last night. Maraming, maraming salamat,” the 21-year-old actress.

“We have been receiving overwhelming love and support since our first day especially this weekend. THANK YOU SO MUCH to everyone who has been so
expressive towards their appreciation for the film! Masaya ako. Masaya ako sa mga nangyari,” she captioned their photo.

In the film, Barretto plays Zoey, a dreamer who wants to become the executive assistant of Sasha (Aquino) who owns a media company.

Along the way, she meets Joko (Garcia) who is also aiming for the same position.

To get a better chance at securing the job, Joko pretends to be gay.

It is also the comeback film of Aquino with Star Cinema after she left ABS-CBN two years ago.

Aquino on her Instagram thanked her followers and friends who watched the movie and held block screenings.

One of her posts was about singer Erik Santos who watched the movie with his fans.

To his generous “fairy godmother” and his fans—THANK YOU,” Aquino said in her post.