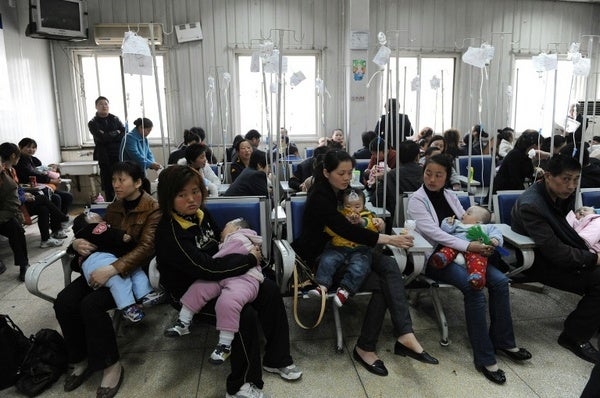 China is hit regularly by quality-control scandals, fuelling fear over the safety of food and medicines. /AFP

China’s Food and Drug Administration announced late Sunday that it had ordered all production stopped at one of the country’s biggest vaccine makers, Changchun Changsheng Biotechnology.

Li said the latest case had crossed a “line of human ethics,” and he vowed a thorough investigation and harsh consequences for any infractions or lax supervision.

“(We) must resolutely strike with heavy blows all law-breaking criminal behavior, severely punish the criminals according to the law, and hold accountable those who were negligent in supervision,” Li said in a statement posted late Sunday on the government’s website.

Regulators said last week they had halted production of a rabies vaccine made by the company, which is based in northeastern China, after finding fabricated records and other problems during an inspection.

China is hit regularly by quality-control scandals, fuelling fear over the safety of food and medicines and anger at regulatory lapses.

Censors and regulators struggled to stay abreast of the public’s response to the latest scandal, deleting posts on WeChat over the weekend as state media tried to take control of the narrative.
Stocks of major Chinese vaccine producers plunged Monday.

The CFDA said last week that the problematic rabies vaccine had not left Changsheng’s factory, but state media reports have suggested otherwise.

Changchun Changsheng said Sunday it had already halted production of a diphtheria, tetanus and pertussis vaccine that regulators found last year to be sub-standard.

But concerns have grown that problematic vaccines had already been administered to children.

Authorities in Hebei announced on Monday that nearly 150,000 people in the northern province received a sub-standard diphtheria, tetanus and pertussis vaccine made by another firm, Wuhan Institute of Biological Products.