Can’t get enough of Hong Kong 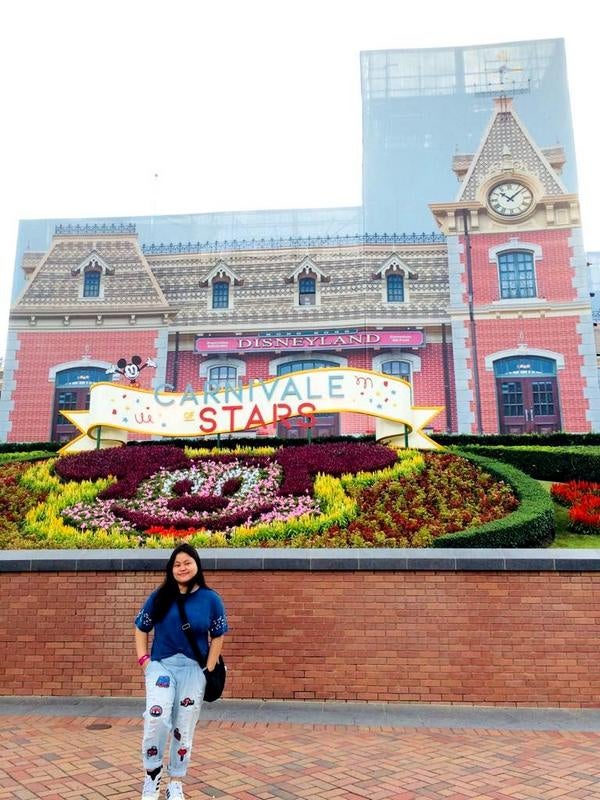 The writer at Hong Kong Disneyland

LAST June, I chaperoned my cousins Mary Bridgette Mahusay and Kristine Mae Grantoza on their first ovearseas trip, to Macau and Hong Kong.

My previous article was a budget travel guide in Macau; this time I’ll give you highlights of our four-day stay in Hong Kong.

If only we had more time, I would have also liked to see the other side of Hong Kong without the skyscrapers, like its mountain trail and beaches.

But for first time travelers, here’s a tour that you may want to consider.

Like Macau, Hong Kong is very popular among Filipino travelers because it is a visa-free destination.

Located in Southeastern China, Hong Kong is an autonomous region of China.

The Hong Kong dollar is its the official currency.

Welcome to the happiest place on earth. Indeed, the Hong Kong Disneyland brings out the child in all of us.

Setting foot in this popular theme park brought back memories of grade school and how I always asked my parents to buy me Disney-themed coloring books.

One day isn’t enough to tour all of Hong Kong Disneyland so just choose the attractions and rides that interest you.

In our case, we did not want to miss Mickey PhilharMagic, a 3-D storytelling experience.

Not only that. We walked through the Fairy Tale Forest, sailed the jungle river, visited Tarzan’s tree house, explored the Mystic Manor, and experienced the Big Grizzly Mountain Runaway Mine Cars that left us breathless. 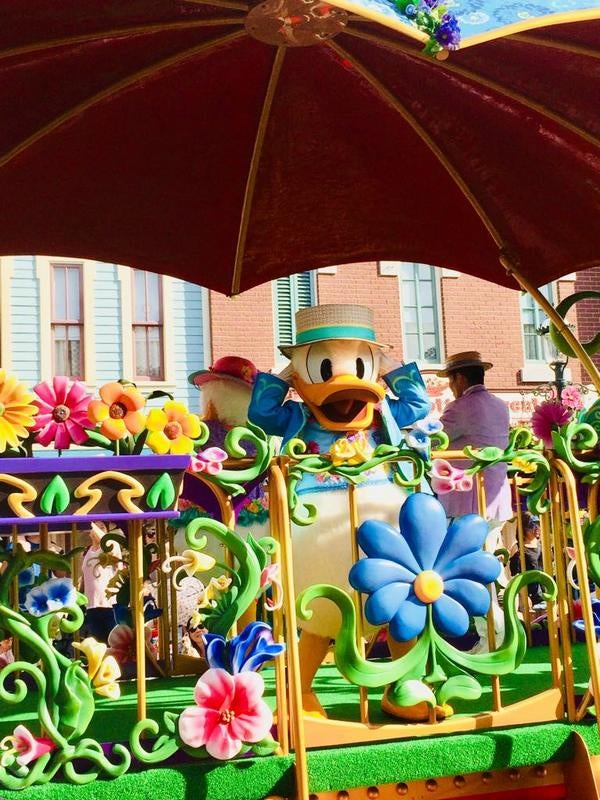 We did not leave the park without watching the Disney Friends Springtime Parade.

I didn’t mind the heat and danced along while watching Mickey and Minnie in the parade with other Disney characters including Goofy, Donald Duck, Nick Wilde, Lt. Judy Hopps, Snow White’s seven dwarfs, and Alice in Wonderland with the white rabbit.

Who doesn’t love a bargain?

The key is to haggle and not settle for anything less than a good deal.

Seeing a potential “pasalubong” item, what we did was to politely refuse the vendor’s first offer and walk away from the stall.

Chances are the vendor would make a counter offer.

It’s okay to be honest how much your budget is.

For souvenirs, I spent 300 HKD (about P2,070). All that for a dozen pens, 50 pairs of chopsticks, five refrigerator magnets, a keychain, five handmade wallets, two
souvenir shirts, and two boxes of chocolates.

Trying out different cuisines is such a pleasure. 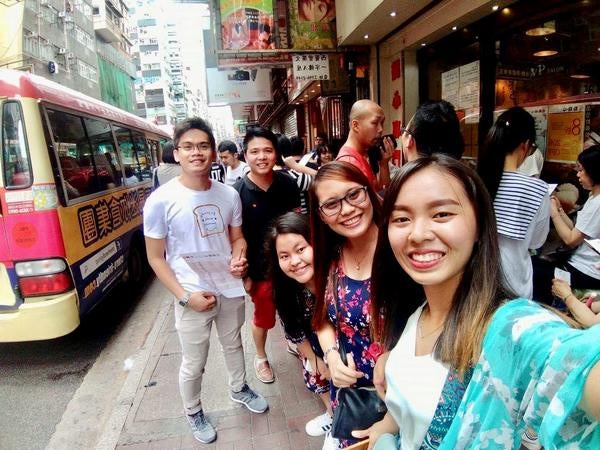 with RV, Arnel, Kristine and Bridgette

Then again, I find Hong Kong food to be expensive.

Since our budget could only afford 7/11, KFC and McDonald’s meals, it was our least priority to dine in Chinese restaurants.

One cost-cutting measure we thought of was to bring noodles and oatmeal packs from the Philippines to tide us over in between meals during the trip. We bought some stuff in Hong Kong supermarkets, too. 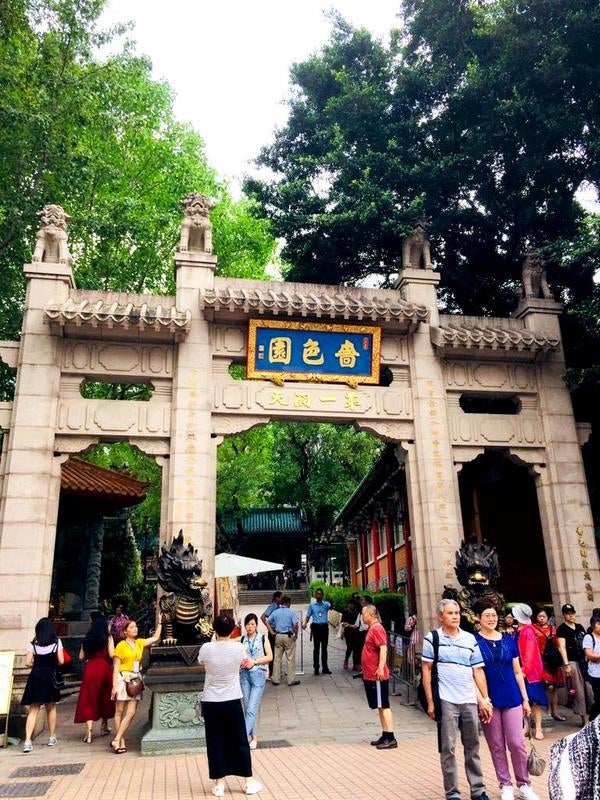 Luckily for us, our new friends RV Cabañero and Arnel Violanda, both OFWs,, treated us to lunch at a Chinese restaurant in Mong Kok after we attended a Mass at
St. Teresa’s Church.

RV and Arnel spent 260 HKD for our group and we feasted on Hainanese chicken, roasted pork and Chinese sausage.

Make sure you know how to use chopsticks since some local restaurants do not offer fork and spoon. 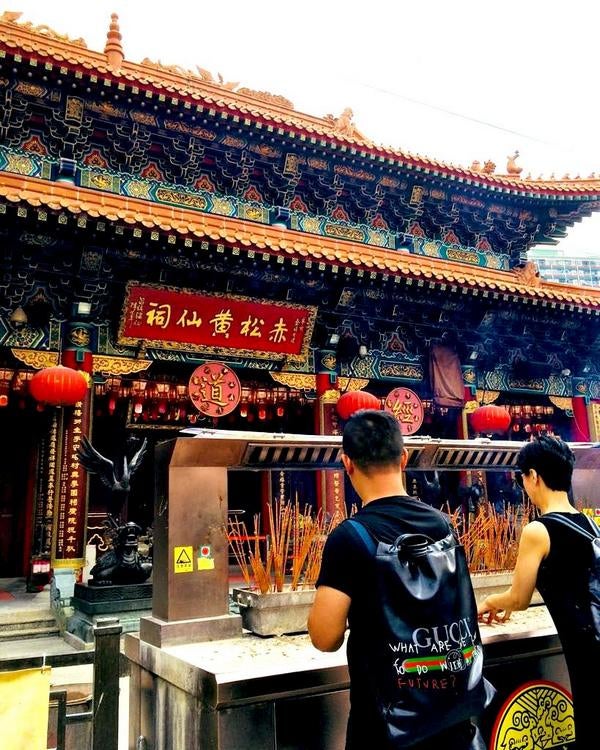 There are many temples and shrines in Hong Kong.

Temple in Chuk Un, Hong Kong. The shrine is home to three religions including Taoism, Buddhism, and Confucianism.

Aside from offering of prayers, we noticed visitors having their fortunes told through fortune sticks.

Another attraction behind the temple is the Good Wish Garden. Many locals believe that wishes come true here.

Bask in its lush greenery and check out the waterfall, pond, pagodas, and stone inscriptions in Chinese characters.

For P700, we were able to purchase round-trip tickets for our Peak Tram ride going to Victoria Peak.

One of Hong Kong’s most popular destinations, Victoria Peak is said to be the highest point on Hong Kong island.

In Victoria Peak lies The Peak Tower, a shopping complex with Sky Terrace 428 atop where you can see Hong Kong’s harbor.

At night, you can also see the lights of skyscrapers. 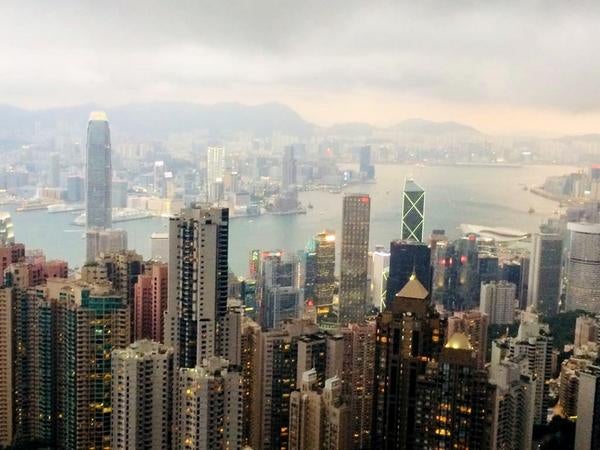 A bird’s-eye view of Hong Kong from Victoria Peak

Aside from the panoramic view, you can express your love to a special someone at Sky Terrace 428. You won’t miss the giant heart figure where people write notes to their special someone.

As for me, I simply listed down the initials of all my crushes.