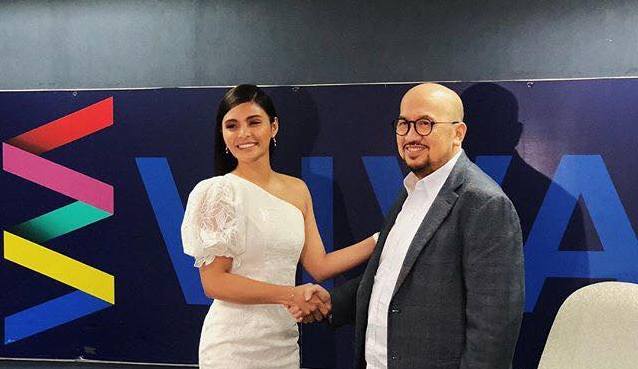 The 29-year-old actress shared videos of the contract signing last Tuesday on her Instagram stories.

In one of the videos, Poe expressed excitement in signing a recording contract with Viva Records.

“It’s a way of sharing my life through music,” she said.

“After how many years…back to my first love…music,” she captioned it.

Before her contract with Viva, the Kapuso actress had already released singles—“Huwag Kang Mangako,”  “Even If,” “Love Affair,” and “Suddenly It’s Magic.”

Poe is the daughter of the late action star Fernando Poe Jr.

She was one of the main stars of GMA’s “The One That Got Away.”

By: Christian Orellano
read more
TAGS: again, excited, Lovi Poe, record, songs
Latest Stories
Megan and Mikael, getting stronger with every laugh
Set Forth Philippines: An NGO’s story that began over quarantine
Celebrate Christmas in the Heart of the City at Diamond Suites and Residences
Marian Rivera part of Miss Universe 2021 judging panel?
MoonXBT is a crypto trading community where communication is important
Most Read
Foul smell leads 2 kids to ‘beheaded man’ buried in sugarcane plantation in Cebu town
Darren Espanto wows with beach body in Cebu
Cebu City’s new curfew starts from 12 midnight to 3am for adults and 10pm to 4am for minors
Gwen hits back at Ace over Sandiganbayan conviction
LTO-7 starts issuing driver’s license with 10-year validity