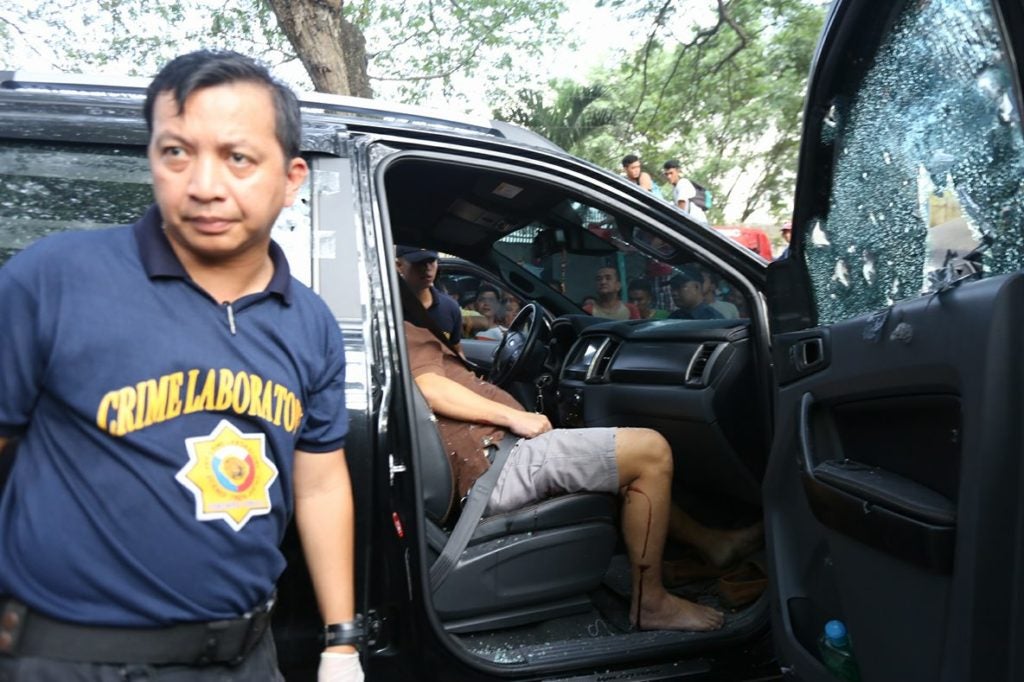 There were at least four assailants who are responsible in the killing of agent Von Rian Tecson.

Tecson, who is one of the team leaders of the Philippine Drug Enforcement Agency in Central Visayas (PDEA-7), was shot inside his Ford Ranger vehicle in Barangay Perrelos, Carcar City, Cebu on Wednesday noon (August 8).

The victim sustained multile gunshot wounds on the body while his driver, Arnulfo Bauyaban, sustained a wound on his leg.

PO2 Joe Marie Villar, investigator of Carcar police station, said that Tecson was supposed to proceed at his home at Sitio Katugasan in the same barangay.

His vehicle was sandwiched by two motorcycles.

The driver, however, failed to see the faces of the perpetrators, but disclosed that a woman was among the assailants.

Bauyaban said that Tecson was able to fire a shot and wounded one of the suspects.